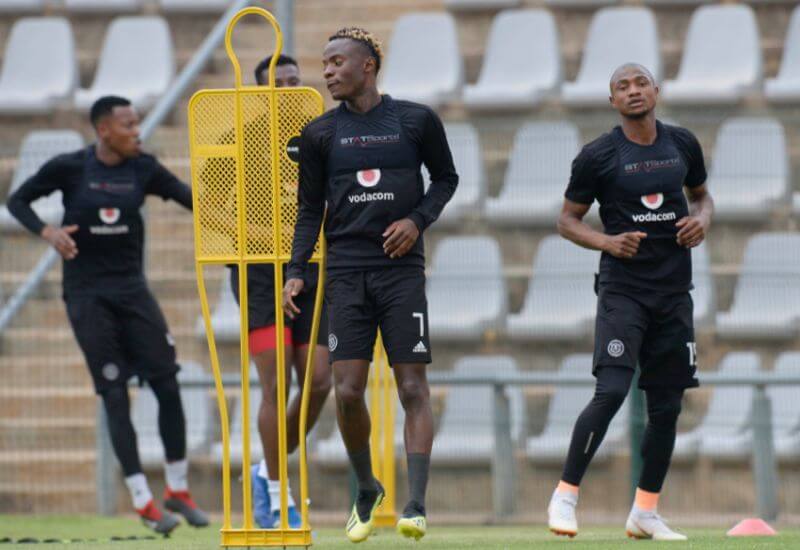 Orlando Pirates will be looking to overcome a difficult schedule ahead of them before the festive break.

The Orlando Pirates technical team have already shown glimpses of their tactical acumen when it comes to preparing the team for matches within the four white lines of the football field. However, Micho Sredojevic and Rhulani Mokwena will be faced with an even bigger challenge as they compete in three competitions in the next two weeks.

The gruelling schedule will begin with a tricky fixture against Light Stars FC on Wednesday in the CAF Champions League – a side that is basically a closed book. Three days later Pirates will play host to Maritzburg United in an Absa Premiership encounter.

Following the weekend clash with United, the Buccaneers will board a plane and travel 4500km to the Seychelles to play Light Stars in the return leg on Wednesday, before Micho’s men travel to Port Elizabeth three days later to compete for the coveted Telkom Knockout Cup trophy against Baroka FC.

Three days from the final, Pirates are off to the Free State province where they will take on Free State Stars. And should the Buccaneers get past Light Stars over two legs, they will face the winner of the match between Volcan de Moroni of Comoros or Namibia’s African Stars. The first leg of this match will be played in Orlando, Soweto on December 15 followed by a return leg in either Comoros or Namibia on the weekend of December 22-23.