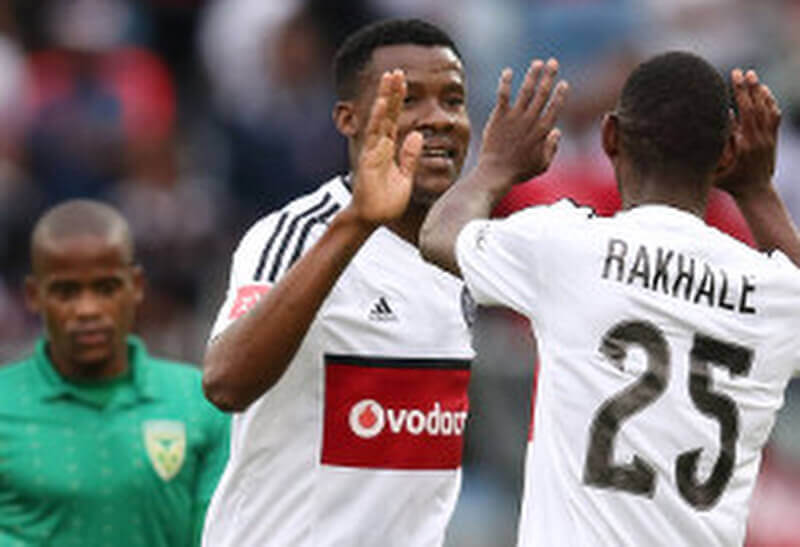 Golden Arrows defeated Orlando Pirates 2-1 in an Absa Premiership match at the Moses Mabhida Stadium in Durban on Saturday afternoon.

The victory sees the KZN side finish the season in eighth spot on the league table. The Buccaneers, who remain 11th on the standings, finish outside the top eight for the first time in the PSL era.

Arrows started brightly as they applied some pressure on the Bucs defence, but the visitors did well to contain Arrows in the first 15 minutes.

The Buccaneers then upped the tempo - pressing the hosts. The visitors were awarded a corner-kick in the 18th minute.

Mpho Makola's effort from the resultant corner-kick was headed home by his Bucs teammate Thamsanqa Gabuza, who made it 1-0 to Pirates.

Arrows winger Kudakwashe Mahachi unleashed a shot from range, but Pirates goalkeeper Jackson Mabokgwane was well-positioned to make a save towards the half-hour mark.

With the half-time break fast approaching, Pirates striker Tendai Ndoro unleashed a shot from range, but his deflected effort missed the target.

Arrows were able to contain the Buccaneers until the match referee blew the half-time whistle and Pirates were leading 1-0 at the interval.

The Buccaneers were the better side after the restart as they dominated possession - looking to double their lead.

However, a mistake by Mabokgwane at the back saw Lerato Lamola pouncing and the Arrows striker hit the back of the net to make it 1-1 on the hour-mark.

Pirates tried to restore parity a few minutes later, but Arrows keeper Nkosingiphile Gumede made a great save to deny Marc Van Heerden.

It was end-to-end stuff as Zimbabwe international Mahachi's effort was saved by Mabokgwane with less than 15 minutes left on the clock.