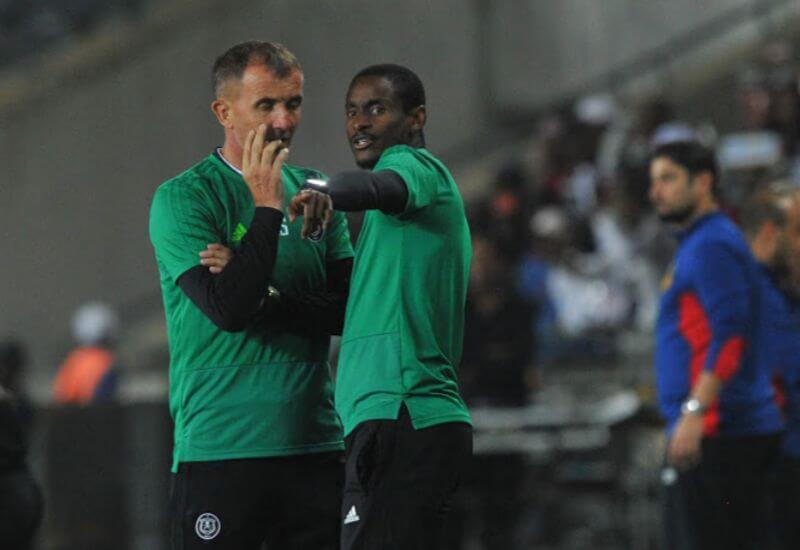 Orlando Pirates were downed 2-0 in a lacklustre display against Esperance de Tunis at Stade El Menzah on Tuesday afternoon.

With this defeat, the Buccaneers see the Tunisian outfit move three points ahead with two rounds of matches remaining in Group B.

There's an old adage that says ‘if it’s not broken don't fix it’ however, for Pirates who had played a gruelling Soweto Derby three days prior to this fixture, the technical team opted to change approach by leaving the likes of Musa Nyatama and Xola Mlambo on the bench while bringing Linda Mntambo and Paseka Mako straight into the Tunisian fire.

The visitors lacked the chemistry which had served them well in previous matches as they failed to get to grips with the pace of the game.

Esperance looked dangerous from the early minutes, particularly from set pieces. They duly claimed the lead on 16 minutes through a dead-ball situation, with Anice Badri able to turn home Youcef Belaili’s free kick delivery at the far post.

The Tunisian side very nearly added a second soon after, with goalkeeper Wayne Sandilands saving from Fousseny Coulibaly, while the South African team also needed a heroic clearance off the line as Badri almost claimed a second.

Sandilands made further saves through the first half as Bucs clung on to ensure they were just 1-0 down at the interval despite being comfortably outplayed by the Blood and Gold.

Pirates sought to change things up in the second half, introducing Thamsanqa Gabuza and Justin Shonga off the bench, yet it was Esperance who continued to dominate and Sandilands remained a busy man, keeping out further efforts on goal from Badri and Taha Khenissi.

With the score only 1-0, Pirates kept up hope of a comeback and they nearly claimed an equaliser in the 85th minute when Shonga sent a shot direct from a free kick just wide of the target.

Yet Esperance killed off the game in the penultimate minute of regulation time, with Badri’s lobbed cross from the left turned home by substitute Haythem Jouini to complete the 2-0 score line.

The teams will return to Champions League action on 8 March when Pirates host FC Platinum and Esperance welcome Horoya to Tunis.