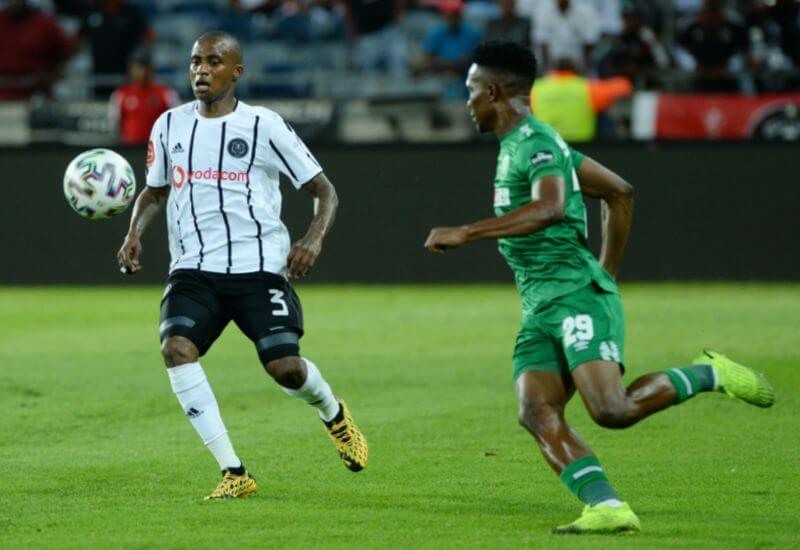 Orlando Pirates made it four wins in as many matches as they beat AmaZulu 1-0 at Orlando Stadium on Saturday.

The Buccaneers bagged their ninth win of the season and with that, Josef Zinnbauer's charges move above Bidvest Wits to fourth.

It took either side a good twenty minutes to warm up in the first half, with Vincent Pule - returning from suspension - forcing a desperate save off of Siyabonga Mbatha.

This was after the home side had been let off the hook by the charging Usuthu, who could not find an early opener.

At the other end, it was Vincent Pule who got the closest to opening the scoring, but his effort struck the upright before bouncing back into play.

Just after the hour-mark, Pirates could have gone two-up after dancing through the AmaZulu defence, but Sam misdirected his shot into the side-netting.

Shortly after that, Mbatha was tested once more but made a brilliant save to deny Thembinkosi Lorch.

It would take after the stroke of halftime for Pule to get his reward after his persistent probing, as he turned a cross from Lorch into the back of the net in the 52nd minute.

Pule could have gotten a second when he got the ball into the net 12 minutes from time, but the goal was disallowed.

Excellent goalkeeping from Mbatha once again kept Pirates out, this time the dangerous Gabadinho Mhango failing to find a way past Mbatha from close range.

The Malawian could have placed Pirates two ahead in the final moments of the game, but his shot went straight to the Usuthu shot-stopper.

The Buccaneers clung on to their lead, claiming another crucial three points in front of an appreciative Orlando Stadium crowd.