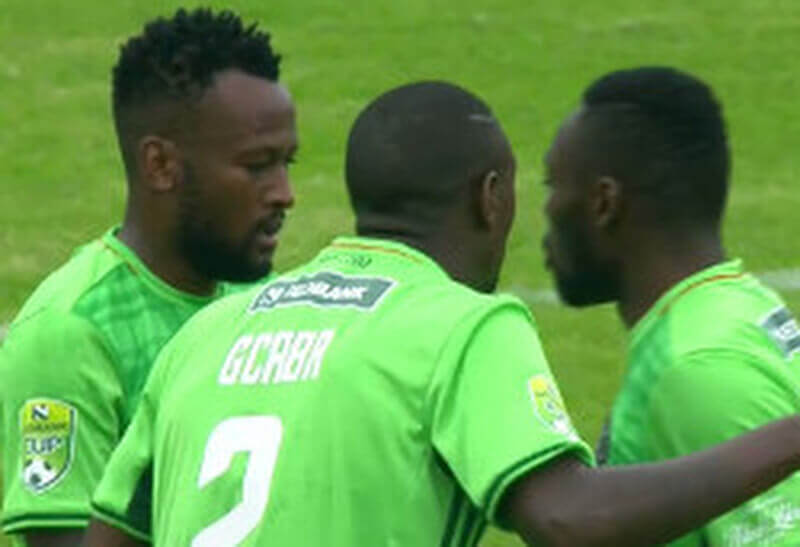 Orlando Pirates have advanced to the Last 16 draw of the Nedbank Cup after they defeated ABC Motsepe campaigners, EC Bees FC 3-1 at the Dukashe Stadium on Sunday afternoon.

Unfazed by their more illustrious opposition, EC Bees FC got off the blocks the fastest, when Mzolisi Qalanto created the first effort of the match with a ferocious strike which sailed wide of Siyabonga Mpontshane’s goal.

The Buccaneers responded with their own attack in the 8th minute, when Dave Wome’s shot struck the side netting. The Dukashe Stadium erupted in the 14th minute when Mpho Makola dribbled through the EC Bees defenders inside the box and his attempt at goal deflected away from the goalkeeper only to find an unmarked Wome who made no mistake by tapping the ball into an open net and give the visitors a 1-0 lead.

Pirates could have been 2-0 when Bernard Morrison fluffed his chance and hit the crossbar with only the keeper to beat. Meanwhile, Thamsanqa Gabuza had two chances to give Pirates a 2-0 lead minutes apart from each inside the 30 minutes in the first half that saw both his headers go wide of goal.

The second goal came in the 52nd minute from Makola’s marvelous free-kick outside the EC Bees box . However, the celebration was short-lived when Bongani Chikila pulled one back for EC Bees after he intercepted Issar Sarr’s poor pass and out-paced the Pirates defence to make it 2-1.

The goal inspired EC Bees to search for an equaliser that saw them enjoy possession going forward but poor finishing let the home side down.

Gabuza ensured the visitors leave Eastern Cape victorious with a fine finish in front of goal from Dove Wome’s cross on the right.

In the 78th minute, the visitors almost made it four goals however Sarr’s headed effort hit the woodwork.

MDC star player, Yusuf Maart made his senior debut when he came on for the skipper, Oupa Manyisa in the 86th minute much to the delight of the supporters.

The visitors had not tasted success in their past 12 competitive matches and today’s victory was the first one for head coach Kjell Jonevret after he managed three draws since taking over from the interim coach, Augusto Palacios.