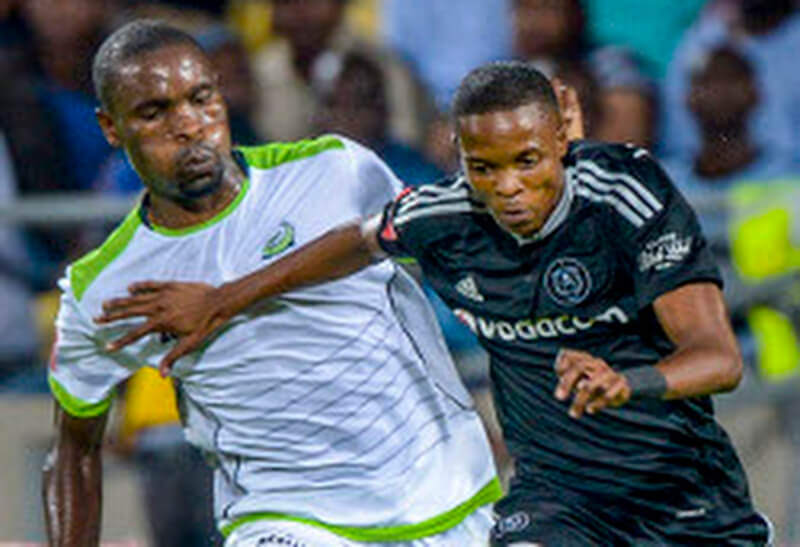 Platinum Stars held Orlando Pirates to a 0-0 draw in an Absa Premiership game at the Royal Bafokeng Stadium in Rustenburg on Wednesday night.

The stalemate sees Dikwena move up to 12th on the league standings, while Bucs remain 10th on the table.

The visitors dominated possession in the opening exchanges with Bucs captain and attacking midfielder Oupa Manyisa looking lively in the final third.

The diminutive player's powerful low shot from the edge of the box was well-saved by Stars goalkeeper Mbongeni Mzimela 17 minutes into the game.

Ndumiso Mabena tried to haunt his former side, Pirates, in the 37th minute with an acrobatic attempt, but Mhlongo was well-positioned to make an easy save.

Nevertheless, the two sides were unable to find the back of the net in the remaining minutes of the first half, with the score deadlocked at 0-0 at the interval.

Pirates were dealt a major blow when Mhlongo went down injured a few minutes after the restart and he was duly replaced by Jackson Mabokgwane.

This was a second forced change by the Buccaneers as Issa Sarr, the Senegalese midfielder, was pulled off in the first half after sustaining an injury.

Mabokgwane was then called into action in the 61st minute and he tipped Robert Ng'ambi's long-range shot over the crossbar to deny the Stars attacker.

Bucs had a chance to break the deadlock in the 68th minute when Thabo Matlaba burst into the Stars box from the left hand side, but somehow he fired wide of the target.

With close to 15 minutes left on the clock, Stars midfielder Solomon Mathe tried to snatch a late winning goal for his side, but his long-range effort missed the target.

Despite late attacks from both sides, they could not find a winner with the match ending in a goalless draw on the night.