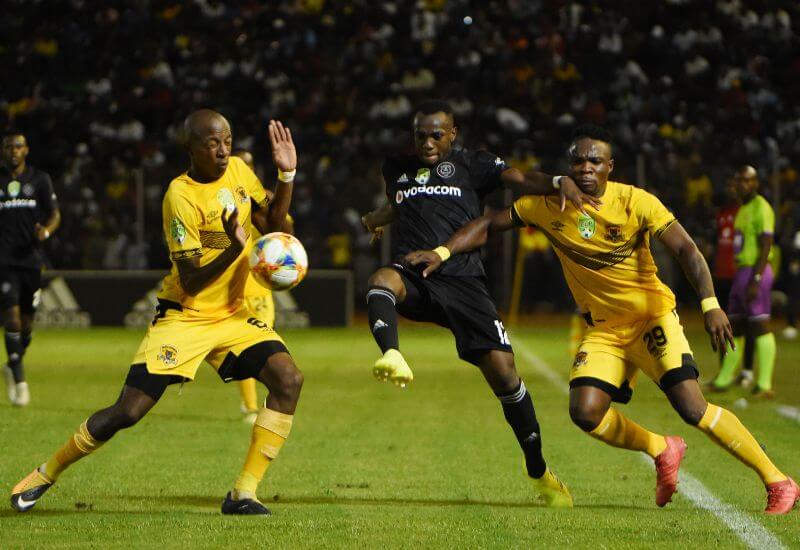 Orlando Pirates have been dumped, via the dreaded penalty shootout,from their second consecutive cup competition following their 5-4 loss to Black Leopards in the Last 32 clash of the Nedbank Cup in Thohoyandou tonight.

Lidoda Duvha and the Bucs launched attacks in the opening stages of the game as they searched for an early goal, with the first real chance of the game falling to former Pirates player Mwape Musonda in the 14th minute. The Leopards striker fired over the crossbar.

Bucs were then awarded a free-kick in a promising area after Thembinkosi Lorch was fouled near the Lidoda Duvha box just after the half-hour mark.

The hosts then pressed Pirates as they looked to level matters with the halftime break approaching, and it would be Shonga’s countryman Musonda who would find the equalizer when he scored from Pentjie Zulu’s cross in the 39th minute.

Leopards and Pirates were locked at 1-1 at halftime following an entertaining first half.

Pirates were the better side in the opening stages of the second half and Vincent Pule narrowly missed the target with a low shot.

The Buccaneers kept pushing for their second goal with their star forward Lorch working hard upfront. The South Africa international's goal-bound effort was brilliantly saved by Ndlovu in the 70th minute as Milutin Sredojevic's charges piled pressure on Leopards.

Ndlovu had to produce a magnificent save to deny Paseka Mako from close range in the latter stages of the game.

Leopards were able to contain Pirates in the dying minutes of the match and ultimately, the game went into extra-time following a 1-1 draw in regulation time.

Leopards went on to win 5-4 on penalties with Man of the Match Ndlovu denying Alfred Ndengane, before Joseph Mhlongo netted the winning penalty.