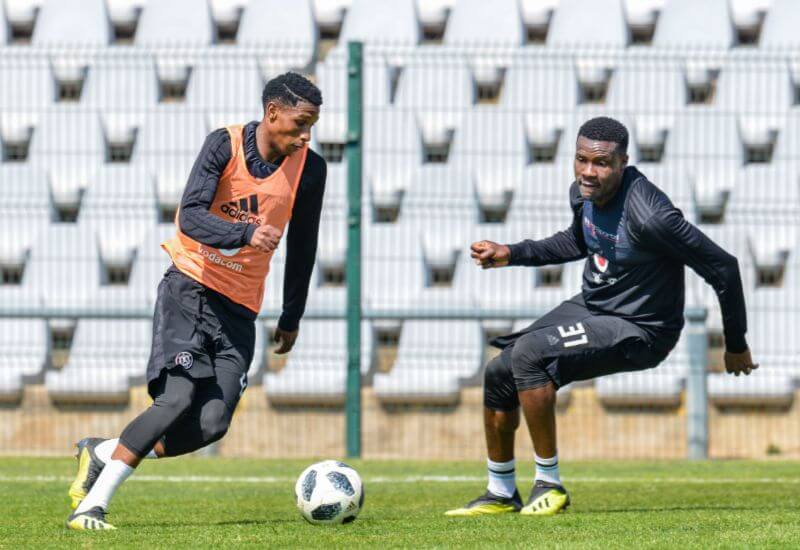 Orlando Pirates may have completed their league matches for the year after their fine 3-1 victory over Free State Stars on Tuesday however, their national duty continues this weekend when they face African Stars of Namibia in a CAF Champions League group stage qualifier.

The Buccaneers welcome back the likes of Xola Mlambo and Marshall Munetsi who were both ineligible to play in the match against Ea Lla Koto. The technical team might also use this encounter to call up midfielder Ben Motswari who has been out of action for the last two weeks due to a knee injury. However, the Bucs medical team has revealed that despite the hard-tackling midfielder’s improvement in rehabilitation, he is still due to undergo a late fitness test before he is given the green light to play against African Stars.

So who is this team that stands in the way of the Buccaneers and group stage qualification?

African Football Stars are the current reigning champions of the Namibian Premier League. This is a club that was formed in 1952 and have won their domestic league championship on four occasions.

African Stars are based in Windhoek and are currently coached by former Kaizer Chiefs, Santos and Ajax Cape Town player Robert Nauseb, who took over the reins in August this year.

Stars have had an indifferent start to their 2018/19 season. The Samba Boys as they are affectionately known are currently in 7th position after four games played – winning twice and losing twice.

Their last five matches include two wins, two losses and a draw. Their most recent match was a humbling 5-1 defeat at the hands of current Namibian Premier League pacesetters Black Africa.

African Stars have scored six goals during this period but have conceded eight times.

The first leg of this CAF Champions League encounter will be played at the Orlando Stadium. Kick-off is scheduled for 18h00.