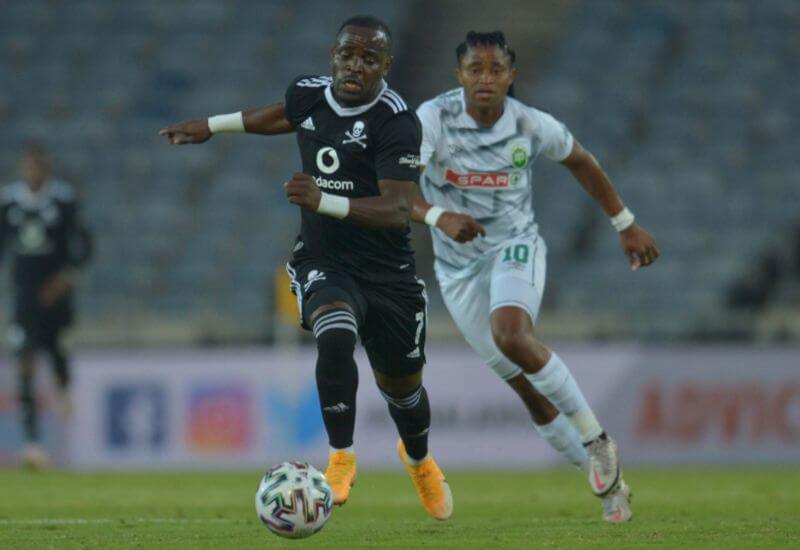 Orlando Pirates emerged victorious on their return to league football, as they registered a 1-0 win over AmaZulu at Orlando Stadium on Thursday.

With the league title already decided, the Buccaneers were facing one of the sides they are in direct competition with for spots in continental football next season.

The stakes were relatively high, but the two sides were happy to knock it about in the midfield early on.

The hosts looked to buck the trend in the 10th minute when Deon Hotto was entrusted with set-piece duties from a fair distance, and went for goal, drawing a save from AmaZulu keeper Veli Mothwa.

Minutes on, a corner kick resulted in the visitors' defence failing to clear the danger, with the ball falling kindly to Gabadinho Mhango, whose first-time shot went over the crossbar.

The first 45 minutes ended with neither side able to make early inroads, as the two sides headed into the tunnel scoreless.

Pirates coach Josef Zinnbauer kicked off the second half with a tactical change by bringing on Vincent Pule in Hotto's place.

The midfielder made his presence felt immediately, as he burst through the defence before being denied by Mothwa from close range.

At the other end, striker Lehlohonolo Majoro got close for the Durbanites as his header crashed into the crossbar.

Another former Buccaneer in the form of Luvuyo Memela could have also gotten his name on the scoresheet just after the hour mark, if not for Siyabonga Mpontshane, who kept out a shot struck at high velocity.

After a succession of free-kicks, Mhango finally delivered the goods from a set-piece situation, beating the wall with his shot which trumped Mothwa's defences in the 76th minute.

Mpontshane clutched onto a stinging shot from Sithebe with minutes remaining on the clock, before Mothwa returned the favour at the other end, stopping Pule two minutes into injury time.

As the final whistle sounded, the Buccaneers had done enough to register their 12th win of the season, drawing level on points with third-placed Golden Arrows.