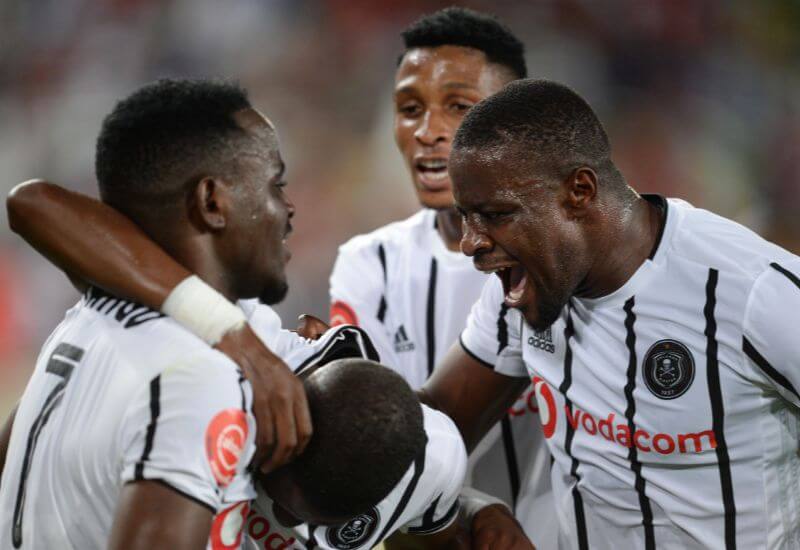 A Gabadinho Mhango hat-trick and Ben Motshwari tap-in gave Orlando Pirates four goals in the first half en route to a convincing 4-1 victory over Polokwane City at Peter Mokaba Stadium on Tuesday evening.

The Buccaneers travelled up to the Limpopo capital in search of three points, having been denied such in agonising fashion by Bloemfontein Celtic in their last outing.

Mhango - who scored the early opener over the weekend - could have had his name on the score sheet inside the first three minutes this time around, had it not been for scrambling orange shirts blocking the ball’s path to what was initially an open goal.

That should have served as a warning for the City defence who were still not wise to his tricks just two minutes later, as he cut inside from out wide to curl one past George Chigova into the back of the net to send the visitors on their way.

Pirates made it two in the 14th minute, and it was again the Malawian international at the end of a beautifully worked move, which saw him go one-on-one with the keeper, whom he expertly chipped to double the lead.

In search of his hat-trick, Mhango continued to be a menace with a couple more chances to grab his tenth league goal of the season.

It would eventually come in the 36th minute after a handy run from Abel Mabaso, who laid the ball across the face of goal for the striker to run into near the far post.

City had a chance to pull one back towards the break after Ntsikelelo Nyauza’s hand made contact with the ball inside the box during the act of an attempted sliding block, prompting referee Victor Gomes to point to the spot.

Mohammad Anas was the man entrusted with giving the hosts a way back into the game, but fluffed his lines with his penalty kick hitting the crossbar on its way to the stands.

It would prove not to be the home side’s night as their defence was – not for the first time – caught off guard and, on this occasion, Ben Motshwari was in the perfect position to grab his first of the season on the stroke of halftime.

The second half began with Pirates visibly taking their foot off the pedal after amassing a daunting lead, with Polokwane City coming more into the game.

The Soweto Giants’ best chance of the half heading into the hour-mark came via the danger man, Mhango, who struck the side-netting in his search for his fourth of the night.

The men in orange were also probing at the other end, and their persistence paid off with Anas making amends for his earlier miss with a tap in past an increasingly busy Wayne Sandilands, denying the visitors a rare clean sheet.

The closing stages were characterised by some unforced errors from either side, as things remained as they were, with Pirates bagging an important three points away from home.