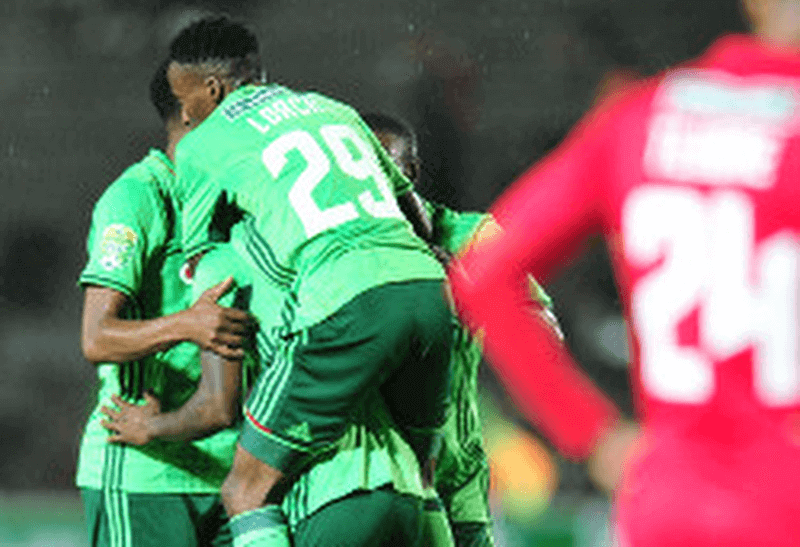 The match at James Motlatsi Stadium in Orkney saw the Buccaneers avenge a 3-2 loss they suffered at the hands of Ea Lla Koto at the same venue last weekend.

Stars enjoyed a strong opening to the game and had the first genuine threat at goal through an 11th minute strike from midfielder Goodman Dlamini which stung the palms of goalkeeper Siyabonga Mpontshane.

Five minutes later it was Pirates midfielder Oupa Manyisa’s turn to let fly from outside the box, but his well-struck effort flashed over the crossbar.

Goalkeeper Christopher Mafoumbi appeared to have it covered regardless.

On 20 minutes it was third time lucky from long range, as Mpho Makola’s right-footed shot from more than 25 metres out rocketed into the back of the Stars net to give Bucs a 1-0 lead.

Ea Lla Koto didn’t let the concession of the opening goal affect their play and they bossed possession for the remainder of the first half.

In the 40th minute they were rewarded with an equaliser, as a cross from a short corner by Nhlanhla Vilakazi allowed Sifiso Mbhele to score with a header which went in via the inside of the post.

Pirates reclaimed the lead three minutes into the second half, with Makola once again haunting his former team.

This time the midfielder whipped in a cross from the left flank which forced defender Joseph Okumu into an unfortunate own goal.

Just past the hour mark the visitors extended their lead to 3-1, with Manyisa scoring a wonderful goal.

‘Ace’ won the ball in the middle of the park before laying it off, going on a lung-busting run, receiving it back from Tendai Ndoro and finishing off with a deft chip over Mafoumbi.

Things went from bad to worse for Stars in the 77th minute when Makhehlene Makhaula picked up his second yellow card and was sent for an early shower, leaving the home side to finish the game with 10 men.

The Buccaneers rubbed salt into Stars’ wounds with a fourth goal deep in injury time, as winger Thembinkosi Lorch sliced a looping shot beyond the reach of Mafoumbi.