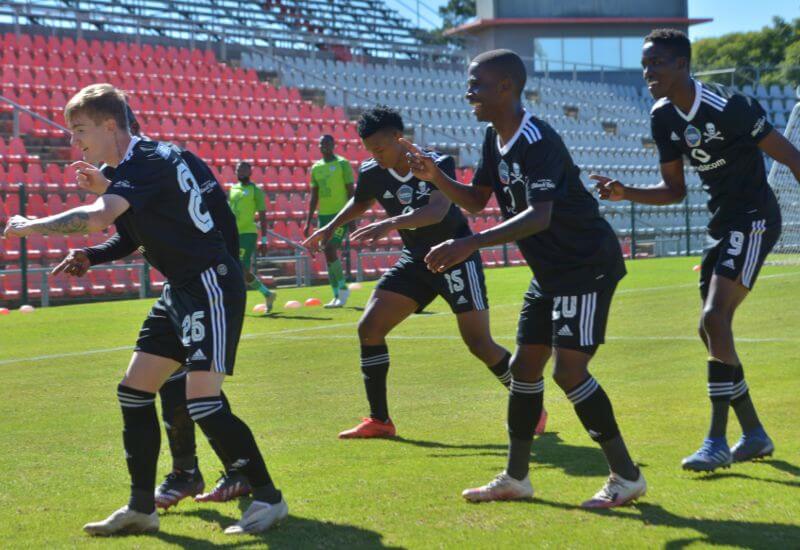 Orlando Pirates Reserves put on a clinical performance to dispatch Baroka with a convincing 4-1 win at Rand Stadium on Sunday.

Having slipped to second place in Stream 2 of DStv Diski Challenge REwired, the Buccaneers were looking to bounce back following two consecutive defeats.

It took until the 38th minute for the deadlock to be broken, courtesy of Keegan Mitchell who put the hosts in front with a well-taken goal from range.

That opened up the floodgates, with Thabiso Monyane making it 2-0 just two minutes later.

The Bucs Reserves went into the break with a healthy 3-0 lead after miscommunication in the Baroka half led to an own goal, as Nyabela Mathiba's intended back pass found its way into the net.

Desperate for a way back into the game, Bakgakga went on the offensive, piling pressure on the hosts.

The pressure told in the 59th minute when they pulled one back through Kearabilwe Mphahlele.

It took just seven minutes for Pirates to restore their three-goal lead, with Sifiso Luthuli firing in to make it 4-1.

The last few minutes were all about game management, with the Bucs Reserves doing more than enough to secure a vital three points with just two round-robin fixtures remaining.