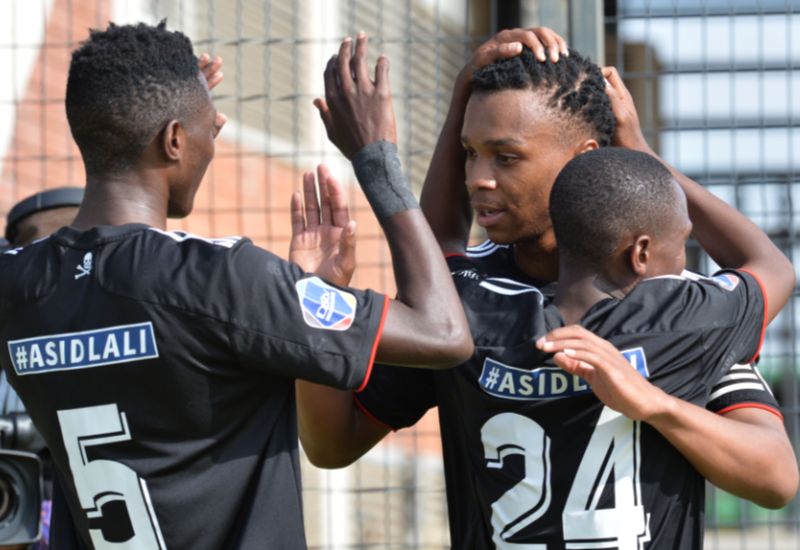 Orlando Pirates Reserves closed off their DStv Diski Challenge campaign with a 2-0 win over Soweto rivals Swallows at Tsakane Stadium on Saturday.

The Bucs Reserves were playing for pride and a potential second-place finish after dropping out of the title race during the penultimate Game Week of the season.

They had a dream start as the competition’s top goal scorer Boitumelo Radiopane got on the end of a cross delivered into the box by Siphamandla Mdunge, before beating Swallows keeper Thulani Mngomezulu to the ball to nudge it into the back of the net to put his side ahead two minutes after kick-off.

The Bucs striker had another opportunity in the opening ten minutes, but Mngomezulu was alert to the threat this time around, making a good save to keep out a powerful shot.

It was not all quiet at the other end of the field, with Ephraim Mothibedi called upon to make a fine save of his own to keep his side’s lead intact.

Radiopane ensured a busy morning for the Swallows defence, and could not be kept at bay for too long, as he completed his brace seven minutes from the break as he displayed nifty feet before sending the ball crashing into the net after again combining with Mdunge, who had made a fantastic run down the left flank.

The first half finished off with a few more chances for Pirates, with midfield pair Njabulo Mndebele and Sonwabo Khumalo both firing just wide.

Swallows emerged from the tunnel showing a bit more intent as they attacked from the wings, but quality on defence from Pirates ensured that they held onto their two-goal lead.

There was an opportunity for Mdunge to get his name on the scoresheet in the 53rd minute, as he made a superb run down the middle, creating space for himself before being denied by Mngomezulu.

The diminutive Bucs winger continued to cause problems for the defence with his quick feet, but the best chance of the second period would come from the unlikely figure of teenage defender Samukele Kabini, who found himself at an advanced position on the field and successfully lobbed the ball over the keeper’s head only to miss the target by mere inches.

Radiopane went in search of his hat-trick close to the final whistle, but was denied an opportunity to shoot by some smart defence.

His two first-half goals were however enough to secure the win for the Buccaneers, as well the Golden Boot for the 20-year-old as he finished the season with an impressive 24 goals.