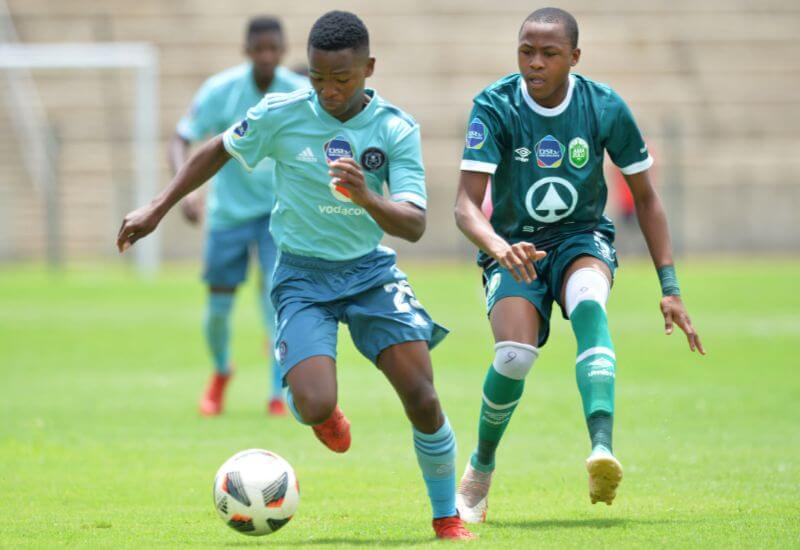 Orlando Pirates Reserves left it until late as they secured a 2-0 win over AmaZulu Reserves at King Zwelithini Stadium to remain top of the DStv Diski Challenge standings.

The Buccaneers came off a rare defeat at home in their last fixture, losing 2-0 to TS Galaxy.

Having been made to pay for a slow start in that particular outing, they were quicker off the blocks this time around, spending the early exchanges camped in the opposition’s half.

However, this was without many out-and-out chances, and the first of those came in the 24th minute when a perfectly-struck free kick, taken by the returning Thabiso Monyane, drew a save from the keeper.

Opportunities remained rare at both ends during the middle period, with the two side heading to the tunnel deadlocked.

There was not much difference to the tempo of the game in the early moments of the second half, as the hosts preferred to sit back and absorb the pressure brought on by the visiting side.

Tactical changes were made by
the Buccaneers camp, with Nkosinathi Temba brought on in place of Seun Moremi in the 70th minute, while Mpumelelo Ndaba replaced Sphamandla Mdunge just moments later.

This proved to be an inspired change, as Pirates went on the counter before Ndaba’s pass found Boitumelo Radiopane, who slotted home to open the scoring in the 81st minute, clinching his 14th goal of the season.

The Bucs Reserves survived a brief onslaught from their Usuthu counterparts, as they attacked relentlessly, while seeking to restore parity.

With one minute of regulation time remaining, the visitors pulled further ahead as Monyane provided the assist, with Temba putting his name on the scoresheet for the Buccaneers’ second.

There wasn’t enough time for AmaZulu to launch a comeback, as Pirates went
six-points clear at the top of the standings halfway through the campaign.