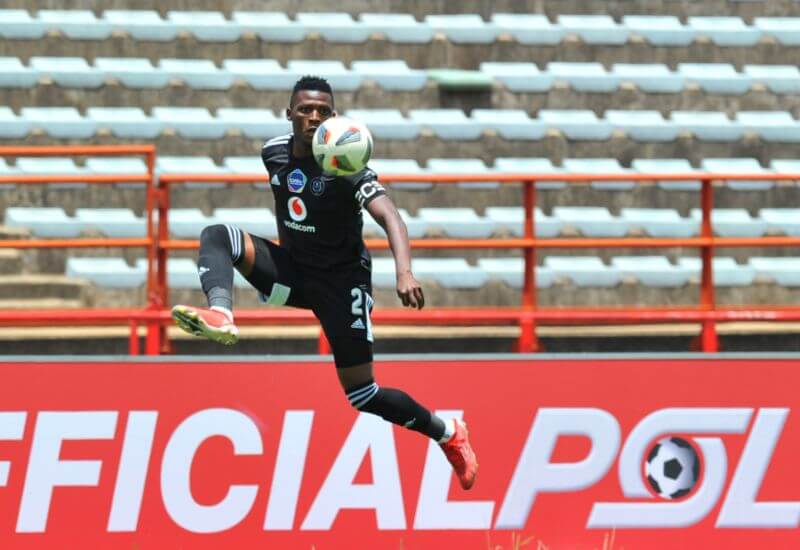 Orlando Pirates Reserves overcame a testing first half to defeat Royal AM 3-1 in their DStv Diski Challenge encounter at Mpumalanga Stadium on Sunday morning.

It was the Buccaneers’ second consecutive game on the road, having secured an away victory over AmaZulu in their previous outing.

The fixture marked the return of goalkeeper Elson Sithole between the sticks, with midfielder Sonwabo Khumalo also back in the starting XI along with Morapedi Ralenkoane.

Having been made to wait until late in the second half before goals started coming in their previous outing, the Bucs Reserves threatened early this time around, with Captain Thabiso Monyane and the competition’s leading goal-scorer Boitumelo Radiopane combining well.

It took them just 12 minutes to open the scoring, as Radiopane added one more to his tally with a stunning long-range strike after receiving the ball from just outside the penalty area.

The home side launched an immediate pursuit for the equaliser, stretching the Pirates defence out wide, but without affecting the scoreboard.

The Buccaneers suffered a blow towards the end of the first-half as they lost midfielder Njabulo Mndebele to an injury, with Nkosinathi Temba brought on in his place.

Despite being forced to defend for most of the opening 45 minutes, the visitors stood up well to the pressure being placed on them and went into the tunnel still in the lead.

Following Royal AM’s aggressive pursuit of the equaliser in the first half, Pirates Reserves knew that daylight was required between the two teams in terms of the scoreline, and went about seeking a second goal.

That came in the 56th minute through another long-range strike, this time provided by Temba, who struck a powerful shot to send the ball crashing into the net.

They could have pulled further ahead just five minutes later when the referee spotted a handball inside the Royal AM box and awarded a penalty.

Monyane took on the spot-kick duties, but could not find the net as the keeper made a fine save to deny him.

More transgressions inside the box were to be punished at each end as full-time approached, with the Buccaneers handed another opportunity from the spot after a foul on Radiopane.

The Bucs striker stood over the ball this time around, and calmly slotted home to make it 3-0.

It was Royal AM who had the final say in the encounter, as Ralenkoane was penalised for a harsh challenge inside the penalty area. This allowed the home side to pull one back and deny Pirates a clean sheet.

It remained 3-1 as the final whistle sounded, with the Buccaneers picking up a second consecutive win on the road.