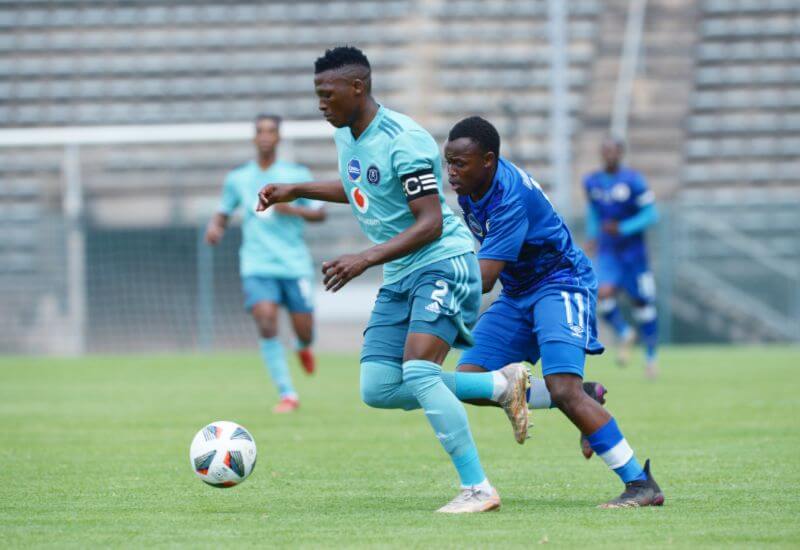 Orlando Pirates Reserves stumbled in Tshwane, where they suffered a 3-1 loss at the hands of SuperSport United Reserves at Lucas Moripe Stadium on Sunday.

The Buccaneers youngsters went into the clash high in confidence after three DSTV Diski Challenge victories on the trot while in the same period, Matsatsansa had failed to collect three points.

It appeared as if the same pattern would continue in the opening exchanges, as Pirates set up camp in the United half and dominated possession in the first half hour.

However, that would change quickly as United hit back with attacks of their own soon after, and were rewarded in the 33rd minute when Sibusiso Maziko edged the hosts ahead with a tap in after being played in by Tenda Matodzi.

The next goal wasn’t far off, and it came in the 40th minute through Oswin Appollis who delivered  a free-kick past Elson Sithole.

United finished the first half on an even bigger high, capitalising on an error from Sithole which allowed Thapelo Maseko in for the third.

The Buccaneers could not have asked for a better start to the second half, as just six minutes in, Cassius Spandiel pulled one back as he headed in a fine cross from Lungile Makambi to make it 3-1.

In search of the second, the visitors pressed the hosts in their own half, but chances to dent the deficit even further were rare.

The three early goals from United proved decisive in the end, as the score remained 3-1 with the Bucs Reserves’ three-game winning streak brought to a halt.