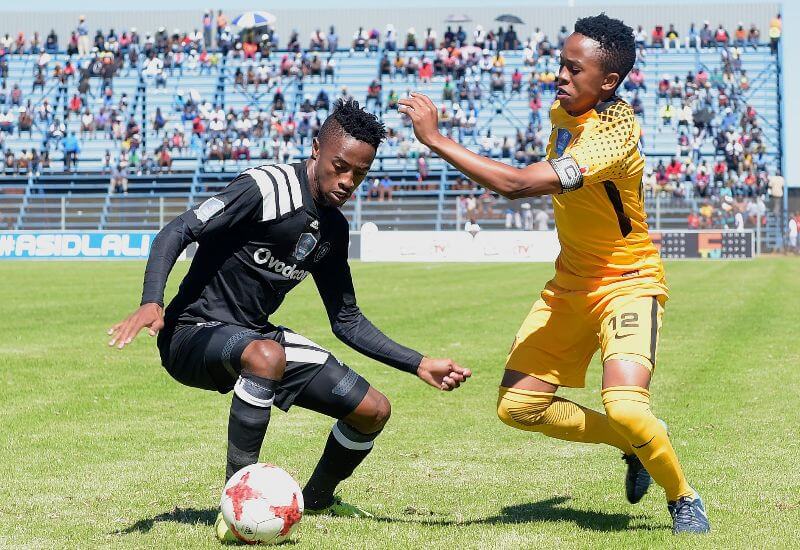 Literary scholars will be familiar with Charles Dickens’ novel, a Tale of Two Cities, which is set in Paris and London and tells two different stories set against the conditions that led up to the French Revolution in 1834. Fast forward 180+ years and the story plays itself out once more in the context of Orlando Pirates’ Reserve team aspirations, where two sides in two stadiums in two days played out different fortunes over a key weekend of football.

On Saturday afternoon, the SAB side took on Pimville West Ham in the first of three must-win matches in the chase to the end of the season. With the Buccaneers holding on to a slim one-point lead going into the game, a win against the struggling West Ham would heap more pressure on chasers Kaizer Chiefs going into their weekend clash.

The match started slowly for the Buccaneers who struggled to break down the relegation-threatened Pimville outfit’s defences, which held firm under a barrage of sustained attacks. With the game going into the break at 0-0, there was a sense of belief on the part of West Ham that they could frustrate the Buccaneers out of the game.

Things took an immediate turn early in the second half when the Bucs raced to a commanding position, when Phila Mzila scored a hatrick within 10 minutes of the restart. The marauding Buccaneers seemed to find their scoring touch after that opening salvo, as the red hot Zakhele Lepasa made it 4-0 in the 58th minute before Andile Tshabalala put the game beyond reach with the 5th shortly after the hour mark.

Lepasa, not wanting to be outdone by his attacking midfield team-mate, joined the hat-trick brigade when he scored his third goal of the afternoon, adding to his impressive tally for the season, before Katlego ‘Kuruman’ Cwinyane knocked the final nail into the West Ham coffin as the game drew to a close.

If the eight goal Saturday bonanza set the tone for the weekend for the Soweto Giants, Sunday proved to be a completely different proposition altogether, as the Buccaneers found themselves on the wrong end of a nine-goal thriller in their final match of the Multichoice Diski Shield group stage.

Sunday afternoon in Vosloorus saw the Buccaneers taking on their arch rivals Kaizer Chiefs in a must win round-robin fixture that would see the Bucs through to the semifinals of the inaugural Shield competition.

The Bucs started brightly with Lyle Foster chasing down a neatly chipped ball into the box by Yusuf Maart. The Bucs youngster did well under pressure to bring the ball down with his right boot, before turning outside and firing with into goal with his left as the keeper looked to close down the angle with 15 minutes on the clock.

Going into the lead seemed to work against the Bucs as they fell asleep, allowing Chiefs to get back into the game through an own goal by Lehlohonolo Mtshali. The skipper’s transgression seemed to spring Amakhosi into action as they raced to a 3-1 half time lead, leaving the stricken Tsebo Totetsi lamenting his defence in front of his expected East Rand home support.

The second half of the game further compounded Orlando Pirates’ misery as they were put to the sword by a further three goals. Foster and Maart kept the scoreboard ticking for the Bucs, as they each pulled one back but it was a case of too little too late as Kaizer Chiefs booked their spot into the semi-finals with a 6-3 scoreline.