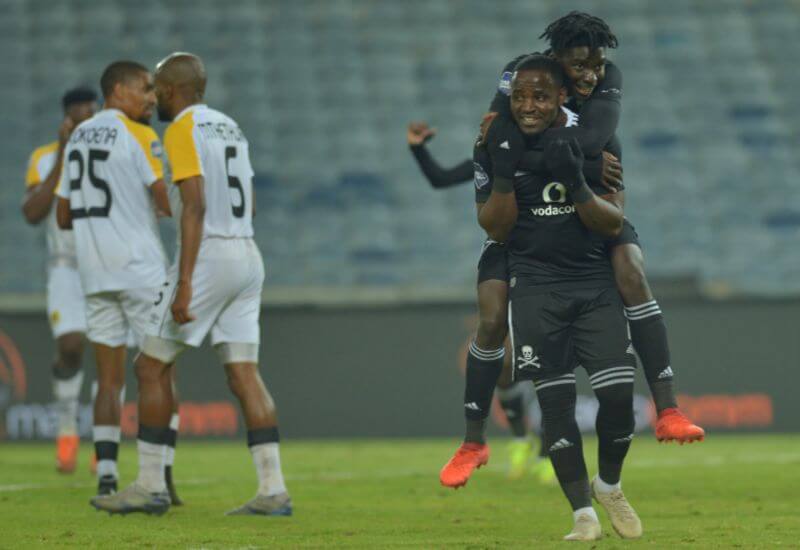 Patience paid off for Orlando Pirates, whose clinical second-half performance secured an emphatic 3-0 victory over Black Leopards at Orlando Stadium on Thursday.

Having dropped points in their two previous outings, the Soweto Giants sought to return to winning ways against a Leopards side that came into the match unbeaten in their last three.

The first half presented a slew of chances for the Buccaneers, who dominated both possession and territory in the first 45 minutes, but without much in the way of being rewarded for their efforts.

Deon Hotto came close to opening the scoring as early as the sixth minute when he was played in by Kabelo Dlamini, but only sent his shot wide of the target.

There were many other chances, mostly from range, with the likes of Dlamini, Siphesihle Ndlovu, and Nkanyiso Zungu all trying their luck from a distance, while Tshegofatso Mabasa could have tapped in from up close, but failed to control his shot after receiving a cross from Wayde Jooste.

The breakthrough came early in the second half, and it was from close range, with Jooste and Mabasa combining well.

It was the Bucs number 9 who found the target, benefiting from a fine cross by Jooste to fire in his seventh goal of the season.

The second goal came through the same duo as Jooste found Mabasa's head this time around, with the striker taking two bites at the cherry before finding the target with his foot.

Mabasa would immediately make way for Gabadinho Mhango, and the Malawian international would later prove instrumental in sealing a convincing win.

With just four minutes left on the clock, Mhango found himself crowded by white shirts in the box, but managed to create enough space for himself to fire in for the third.

That was enough to secure a vital three points, as Pirates moved up to fourth in the league standings.