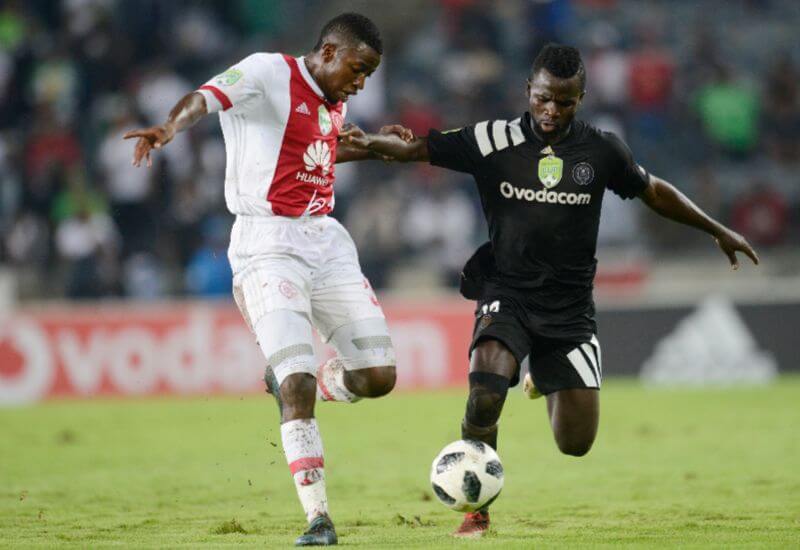 Orlando Pirates are through to the Last 16 of the Nedbank Cup following their 2-0 win over Ajax Cape Town on Saturday night courtesy of a brace from Bernard Morrison.

They say revenge is a dish best served cold. In the case of the Mighty Buccaneers, the cold came in the way of the rain and the dish, the Mecca of SA football - the Orlando Stadium.

For the second time in two weeks the Buccaneers and the Urban Warriors met but this time not for three points but for passage into the Last 16.

With the likes of Mpho Makola and Musa Nyatama missing from action due to injury and suspension respectively, Head Coach Micho Sredojevic was forced to make some changes to his team which had the likes of Issa Sarr and Man of the Match Morrison making rare starts.

Ajax were the first to threaten as early as the 8th minute. An early throw in was played on for former Bucs striker Tendai Ndoro who turned the defence but he sent his shot wide of target.

Ndoro was at it again five minutes later from yet another counter attack move, but the forward could only succeed in guiding his volley attempt over the crossbar following good work by Fagrie Lakay down the right flank.

Pirates were shocked back into action and began to control the momentum of the game and dominating the possession stakes. It was no surprise that they found the opener in the 42nd minute when Morrison ran onto a Justin Shonga cut back and fired his shot past the keeper.

Morrison doubled the lead three minutes after the break. The attacker with a composed finish following a blistering counter-attack ignited from within their own half and well timed pass from Thembinkosi Lorch.

The Buccaneers were on top of their game and dominated their opponents in the ensuing minutes, but with no further reward.

Ajax Cape Town enjoyed some success in attack in the dying minutes of the clash, but never really tested Mpontshane throughout on a wet evening in Orlando as Pirates booked their place in the next round.