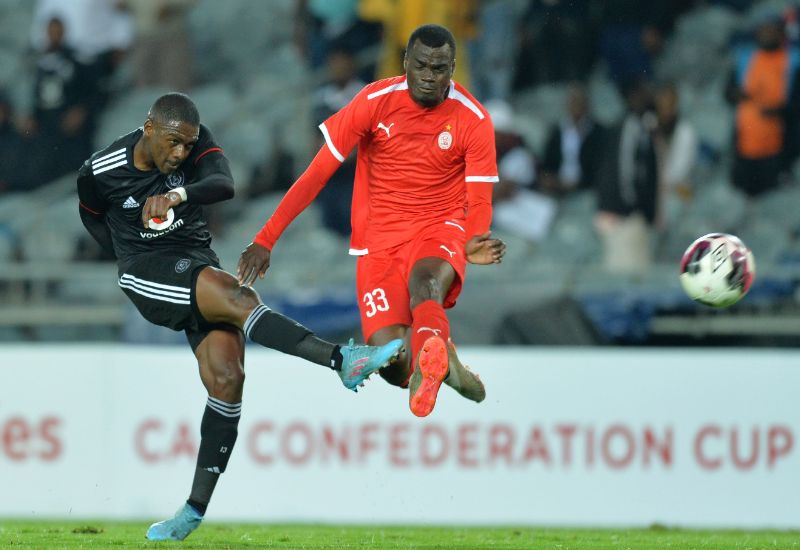 Orlando Pirates finished on top of their group in the CAF Confederation Cup, despite being held to a goalless draw by Al-Ittihad at Orlando Stadium on Sunday night.

Heading into the encounter two-points clear at the summit in Group B after being one of just five teams to have already secured a spot in the quarterfinals, the Buccaneers met a side desperate not to slip up as defeat held the potential to dump them out of the competition.

The hosts were playing in front of their home crowd for the first time in over two years, and the presence of  the supporters seemed to buoy them, as they were overwhelmingly dominant in the opening half.

Notable chances at goal were however rare early on, the first real one falling on the feet of Bandile Shandu, who pounced on a loose ball inside the box, only to fluff his lines with his shot at goal nine minutes after kick-off.

Halfway through the first 45 minutes, Fortune Makaringe floated a curling cross into the penalty area, where Kwame Peprah and Ben Motshwari laid in wait, but the ball evaded both players, resulting in another let-off for the Libyans.

Midfielder Kabelo Dlamini had an opportunity to make the breakthrough from a set-piece situation in the 36th minute after he was hacked down a few feet from the box, but his shot at goal went agonizingly wide of the target.

What was perhaps the best chance of the first half fell to Makaringe, who had an open net to shoot into, but was rushed by the cross coming from Dlamini on the left flank, directing his shot wide instead.

There was a bit more intent from the visitors early in the second half, with Richard Ofori forced into his first real save when he had to stretch to keep out a shot from Mohamed Zubya.

Clear-cut opportunities would once again dry up at either end, until Dlamini’s cross into the penalty area almost forced an own goal off Ghazi Ayadi, whose desperate clearance went just wide of his own net in the 72nd minute.

Neither side was able to make any real headway as the clock ticked down, and a stalemate was the final result, with both teams marching through to the last eight of the competition.