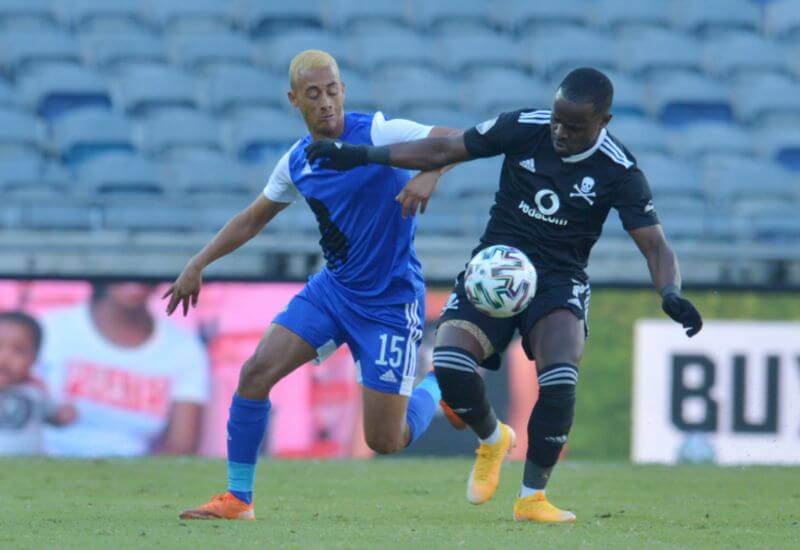 Orlando Pirates will once again compete in continental football, despite being held to a goalless draw by Tshakhuma Tsha Madzivhandila at Orlando Stadium on Saturday.

The Buccaneers went into the clash in third place, looking to stave off the challenge of fourth-placed Golden Arrows. At stake was a place in the CAF Confederation Cup, with Tshakhuma having already booked a spot in the competition through winning the Nedbank Cup.

It could have been a dream start for the hosts after Vincent Pule went down in the box, and after the referee had appeared to have pointed to the spot, he later gave a goal-kick to the visitors.

The Bucs playmaker was again in the thick of things in the 18th minute - getting on the end of a pass from Wayde Jooste - but narrowly missed his target.

There was a nervy moment at the other half, just ten minutes before the break when Wayne Sandilands had to scramble to close out a gap at his far post after his defence failed to make a clearance.

Pirates could have taken the lead early in the second half, as Gabadinho Mhango was denied from close range, before the rebound landed in Deon Hotto's path, with the attacking midfielder finding Tshakhuma keeper Washington Arubi with his overhead kick.

There were further opportunities as full-time approached, with Pule and Innocent Maela both denied from set-piece situations, while Bucs hero in the previous game Terrence Dvzukamanja could not keep his header down from close range.

With no goals forthcoming at either end, both sides had to settle for a point on the day, and that was enough to send the Soweto Giants through for another campaign in the Confed Cup.