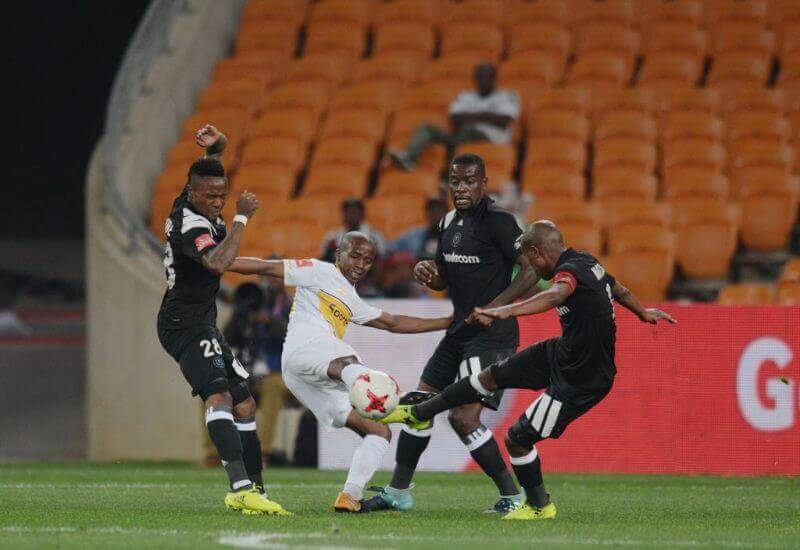 The Buccaneers have moved up to first place following their 1-0 victory over Cape Town City.

Orlando Pirates was looking to maintain their good start to the 2017/18 Absa Premiership campaign when they hosted Cape Town City at the FNB Stadium on Tuesday evening.

The match was expected to be an exciting affair with the unbeaten Buccaneers facing MTN8 Cup finalists.

It was the home side who would get the opening chance of the game in the 10th minute but midfielder Musa Nyatama ballooned his shot over the bar.

The visitors grew in confidence as the game went on, with Wayne Sandilands being tested with a barrage of attacks from City. City almost went 1-0 up in the 14th minute when Roland Putsche jumped highest to head the ball on target but the Bafana Bafana keeper did well to tip the danger over the bar.

Despite both sides pulling all the stops to break the deadlock, there were no clear cut chances in the dying stages of the opening half as the score remained at 0-0.

However coming from the tunnel, the Buccaneers continued to probe for an opening goal and made an entry in City's final third in the 68th minute, but Qalinge's attempt from the box sailed inches wide from Walters' left corner.

It took the hosts 82 minutes to break the deadlock when a good move against the run of play was finished by Qalinge with an easy tap-in from the near post as Walters was found in no-man's land after a brilliant cross from Lyle Foster.

City tried to claw themselves back into the game and to try secure a point away from home, but the hosts’ defence was solid to ensure they retain the full three points at home.