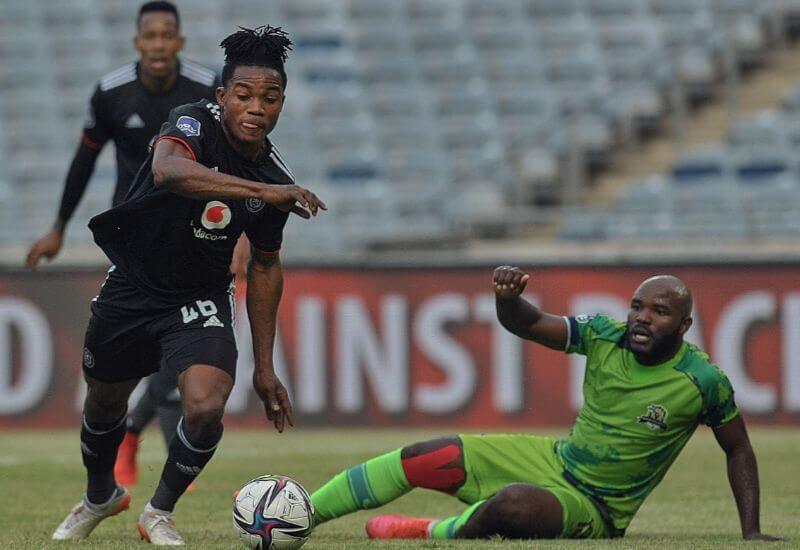 Orlando Pirates came from behind to claim a 2-1 win over Marumo Gallants in their DSTV Premiership fixture on Monday evening.

Fresh off a humiliating defeat in their last fixtures, the Buccaneers were looking to get back into winning ways on home soil.

After initially dominating proceedings, the hosts were stunned at the other end when a toe-poke from Sphelele Ntshangase handed them an early lead inside the first 15 minutes.

An assured response from the Soweto Giants handed them some minutes inside the visitors’ half.

Reward came in the 24th minute when Kwame Peprah drew his side level with a right-footed strike from just inside the penalty area.

The 21-year-old wasn’t done, and pulled the Buccaneers ahead just two minutes later when he slotted in his second to complete his brace in similar fashion to his first of the evening.

Pirates soon had a close shout through Bandile Shandu, who hit the upright in the 31st minute with his first effort at goal.

Peprah was the next Bucs player to come close as he was denied just three minutes later from getting a clear shot at goal.

The second half began with some action from the Buccaneers end of the field when Siyabonga Mpontshane positioned himself perfectly to deny Gallants an equaliser with 48 minutes played.

Some stern defence was called upon from Ntsikelelo Nyauza just after the hour mark, as he thwarted an assured attack inside the Bucs half.

Terrence Dzvukamanja could have placed the result beyond doubt just three minutes from the full-time whistle, but his header was cleared away from the goal line.

In the end, Pirates clung on to grab all points on offer, climbing to second place in the standings.