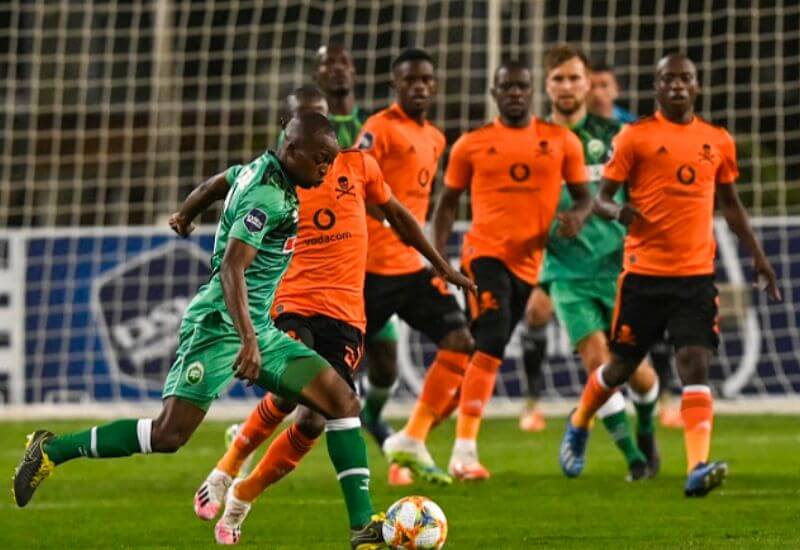 It was a share of the spoils first up for Orlando Pirates, who kicked off the new DStv Premiership campaign with a disappointing 1-all draw against AmaZulu at Jonsson's King's Park on Saturday night.

Following victory in a cup game to open the season, the Buccaneers looked to maintain a perfect start against a side taking to the field for the first time this season. However it wasn’t to be for the visitors.

Penalties played a big part in the first half, with the two sides going into the break locked at a goal apiece.

The first to make a breakthrough were Pirates, who capitalised through last season's Golden Boot winner, Gabadinho Mhango from the spot.

The Malawian international was awarded the opportunity to place his side in front after the referee adjudged a foul on Siphesihle Ndlovu.

He made no mistake, as he began the new season the way he started the previous campaign - placing his name on the scoresheet in the 18th minute.

The Buccaneers' lead lasted just a little more than ten minutes, and came to an end after it was deemed that Fortune Makaringe had caught ex-Pirates star Luvuyo Memela with a flailing arm.

Goalkeeper Wayne Sandilands did well to deny Lehlohonolo Majoro from the spot, but the rebound from his save fell right into the path of the former Pirates striker, who directed it to the back of the net to make it 1-1.

It was how things ended in the first half, and the second began with a golden opportunity for AmaZulu, who were awarded a free-kick at the edge of the box.

Memela stepped up for Usuthu, but his shot curled just over the crossbar.

Ntsikelelo Nyauza, Fortune Makaringe and second-half sub, Zakhele Lepasa each had an opportunity to place the Buccaneers ahead, but there was no joy for the Soweto Giants, who had to settle for a point.