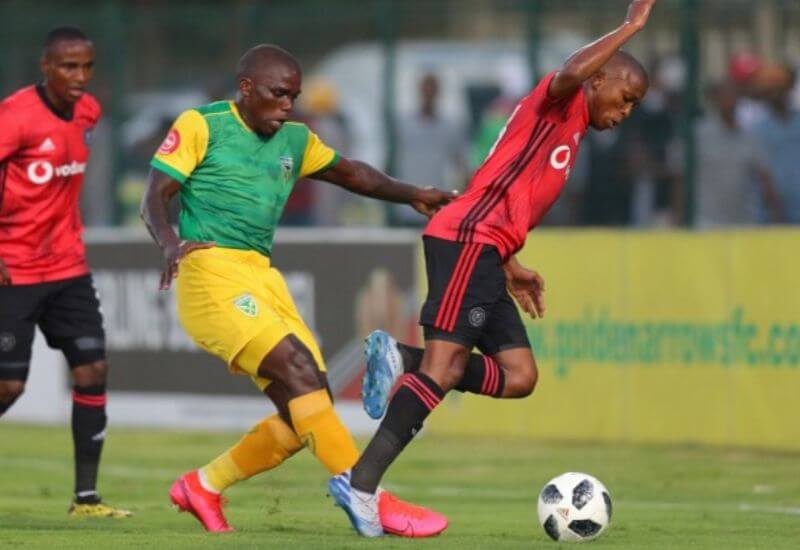 Orlando Pirates had to settle for a point at Sugar Ray Xulu Stadium, where Golden Arrows held them to a goalless draw on Saturday night.

The Buccaneers were in search for three points after claiming nothing from their Soweto Derby clash against Kaizer Chiefs the week before.

Having been held to a goalless draw at home by the KwaZulu-Natal outfit earlier in the season, the visitors were denied maximum points yet again at the hands of Abafana Bes'thende.

Wayne Sandilands was required to action early on, as he had to deal with a shot from danger man, Knox Mutizwa in the first half.

Pirates had a danger man of their own in Golden Boot front-runner Gabadinho Mhango, who demanded a lot of the Arrows defence, and was fouled just a few yards from the opposition box.

The free-kick was taken by Vincent Pule, whose effort did not result into goal as Arrows remained tight at the back.

With the two sides going into the break scoreless, the second half provided an opportunity for a rethink of strategy by the Soweto Giants.

However, very early into the second stanza, neither side looked determined to claim maximum points.

The hosts’ home-ground advantage gave them more of the opportunities at goal, but Sandilands held firm to keep the Buccaneers in the hunt.

Alas, neither side would claim the decisive blow, as Pirates and Arrows shared a point apiece at the end of the encounter.