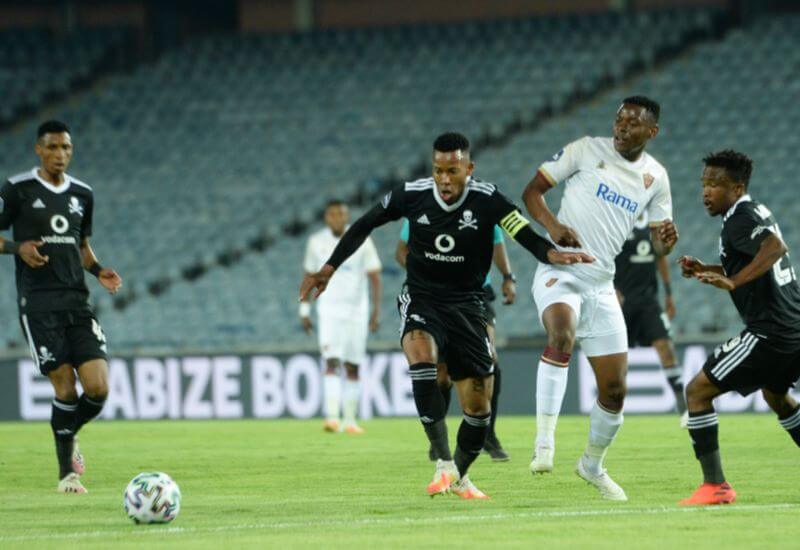 Orlando Pirates’ stuttering start in the DStv Premiership continued as they were held to a 1-all draw against Stellenbosch FC at Orlando Stadium this evening.

Searching for maximum points at home after managing a point in their opener, a debut was handed to new signing Richard Ofori, who was named between the poles for the first time by his new team.

The Bucs showed a bit of authority early on - enjoying most of the possession - but without converting it into chances.

This was before the 18th minute, where Vincent Pule managed to work his way into a possession where he could shoot freely, but there was enough traffic between the player and the target for him to miscue his short straight into the hands of Lee Langeveldt.

Just after the half-hour mark, Kabelo Dlamini shot from outside the box, and what looked like a goal-bound effort was deflected for a corner.

The resulting set-piece brought joy for the hosts, with the breakthrough coming from an unlikely source in Ntsikelelo Nyauza, who capitalised from lax defending to toe the ball into the net for the opener.

Pirates’ lead lasted less than ten minutes, as Stellenbosch regained possession inside opposition territory to send the ball to Nathan Sinkala, whose header directed it into the target for the equaliser.

Ofori was tested right on the stroke of halftime, but the new man came out on top in a one-on-one situation.

One of the better chances in the second half fell for Thabiso Monyane, who had a go at goal after a sustained period of dominance from the Buccaneers. However, his shot from the edge of the box took a deflection and went out for a corner.

Zakhele Lepasa came even closer to edging the hosts ahead, beating Langeveldt, but a heroic clearance from Alan Robertson, right on the goal line, kept things level in the 70th minute.

Despite camping in the opposition half for the best part of the second half, Pirates’ command of the game was not converted into supremacy on the scoreboard, as things ended level in Soweto.

The Buccaneers now shift focus to cup action, where they will face sworn rivals Kaizer Chiefs in their home leg of the MTN8 semifinals on Saturday.