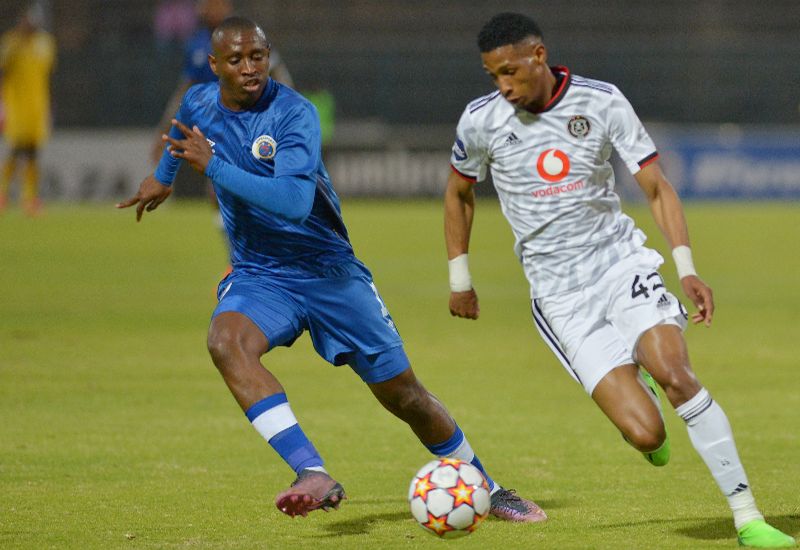 Orlando Pirates claimed a point away from home as they played to a goalless draw against SuperSport United in their DStv Premiership encounter at Lucas Moripe Stadium on Sunday evening.

Buoyed by an away victory to Royal AM in midweek, the Buccaneers sought to complete another win on the road as they visited a United side that was yet to add to their “win” column after taking to the field three times this season.

Defender Tapelo Xoki and midfielder Vincent Pule were awarded starts in place of Captain Innocent Maela and Thembinkosi Lorch, who both started from the bench after being involved in all four League games played so far.

All indications early on were that the visitors were not going to be handed an easy three points, with the home side showing intent in the opening exchanges. The hosts’ clear-cut opportunity arrived just two minutes in, and it came off the head of Bradley Grobler, who got on the end of a cross from Thapelo Maseko but was unable to direct the ball onto the target.

The Buccaneers had to toil hard before getting a chance of their own, and it came 25 minutes in when Miguel Timm turned the ball over in the middle of the park, sparking an attack which finished as Vincent Pule teed the ball up for Deon Hotto, who shot narrowly wide from the left-hand side of the pitch.

This was followed by a lengthy period inside United’s half, where Pule could have added his name on the scoresheet when he cut inside from the right before drawing a save from George Chigova with a powerful left-footed shot.

Despite a sustained period of possession, Pirates’ chances at goal dried up as the halftime whistle approached, with United happy to sit back and absorb the pressure from the visitors.

Their start to the second period was a direct contrast to how they ended the first, with opportunities falling in quick succession for Timm, Bienvenu Eva Nga, and Vincent Pule. The best of these fell to the Cameroonian forward, who got on the end of a pass from Goodman Mosele before his shot at goal was parried away by Chigova.

Kabelo Dlamini was the next Pirates player to find himself within a shot at goal as the visitors continued to push forward, but could only miscue his shot to let the home side off the hook just after the hour mark.

A total of four changes were made by the Bucs camp in the second half, and it almost proved to be an inspired move as one of the fresh faces in Zakhele Lepasa came close to altering the scoreline with a snap-shot from afar which fizzed across the far post with the clock winding down.

It wasn’t all quiet at the other end, as SuperSport came close to stealing it in the final moments through ex-Pirates striker Thamsanqa Gabuza, who only needed to turn the ball into the back of the net from close range but fluffed his lines in front of a gaping goal.

A further two chances fell to United’s Iqraam Rayners, with Lepasa also falling just short of a late winner, but it remained scoreless at the end with the Buccaneers claiming four points from their travels ahead of their return to home soil in midweek.