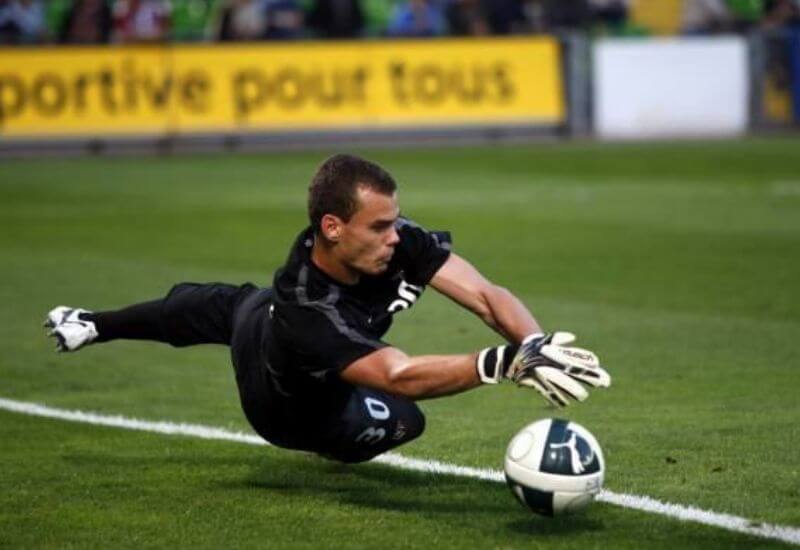 Delle joins the Mighty Buccaneers on a three year deal.

“I am glad to join this prestigious football club called Orlando Pirates and starting a new adventure in South Africa.

“Happy to be part of an ambitious club with amazing fans who will accompany us on the road of success. I think that I will be the first French player to play for the Pirates, I would like also be the first to win titles there. Let’s go for it, it starts by a good pre-season!”

Born inBriey, France in 1990, Joris began his career in 2007 with French outfit FC Metz, four years later he moved across to Nice after being snapped up by Head Coach Claude Puel who was impressed by the young Delle.

At Nice, Delle competed for the number one spot with David Ospina, the Colombian number one international goalkeeper. In 2013, Delle who was then 23, moved to Cercle Brugge in Belgium on loan; and then in 2015 he was between the sticks for RC Lens.

After spending nine seasons in his home country of France, Delle opted to move across to the Netherlands for a new challenge where he signed for NEC Nijmegen in 2016. In his first season with the Dutch outfit, Delle went on to record over 30 appearances in the Eredivisie. He continued as number one choice in his second year after NEC was relegated to the Jupiler League. In that season, Delle helped his side to a third place finish.

Following his success in the 2017/18 season, Delle was back in the Eredivisie this time with Dutch giants Feyenoord who signed him on a one-year deal.

At international level, Delle was capped at every age-group level and was even part of France’s u21 squad of 2012 that had the likes of Antoine Griezmann, Raphael Varane and Alexandre Lacazette.

Everyone at Orlando Pirates would like to welcome Joris Delle and wish him all the very best for his career on board the Buccaneers’ ship.