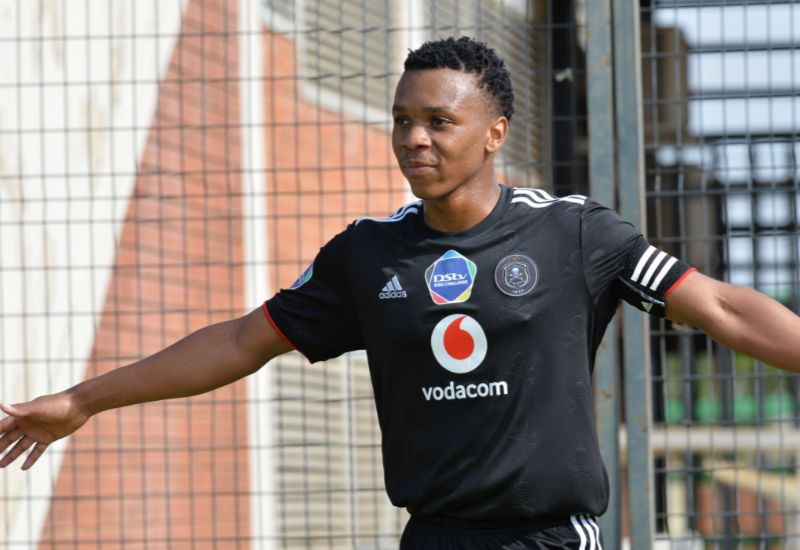 Two of Orlando Pirates’ most promising players have scored nominations ahead of the upcoming PSL Awards.

The prestigious event returns for another instalment during the offseason, where the standout players across the League’s competitions go toe-to-toe in a variety of categories.

In his debut season in the South African top flight, 21-year-old Peprah has established himself as a regular starter in Pirates colours, featuring in 21 league games and finding the net seven times across competitions.

The burly forward’s piercing runs and smart hold-up play have been a feature of the Soweto Giants’ attack throughout the season, making him a vital addition to the Club’s roster.

The Ghanaian is nominated alongside Stellenbosch FC’s Athenkosi Mcaba and Luke Fleurs from SuperSport United.

Meanwhile, Radiopane is one of two players who stand the chance to be named the best in the Reserve League, following another stellar season for the Bucs Reserves.

The 20-year-old, who debuted for the First Team this season, scooped the Golden Boot for the second year running in the Diski Challenge after scoring a record 24 goals, nine more than his closest competitor.

Standing between himself and the big prize is Kaizer Chiefs attacker Mduduzi Shabalala, as votes from the 16 Reserve League coaches are set to determine the winner.

The ceremony will be held virtually on Sunday 29 May, kicking off at 19:00, and will be televised live on SuperSport PSL and SABC.