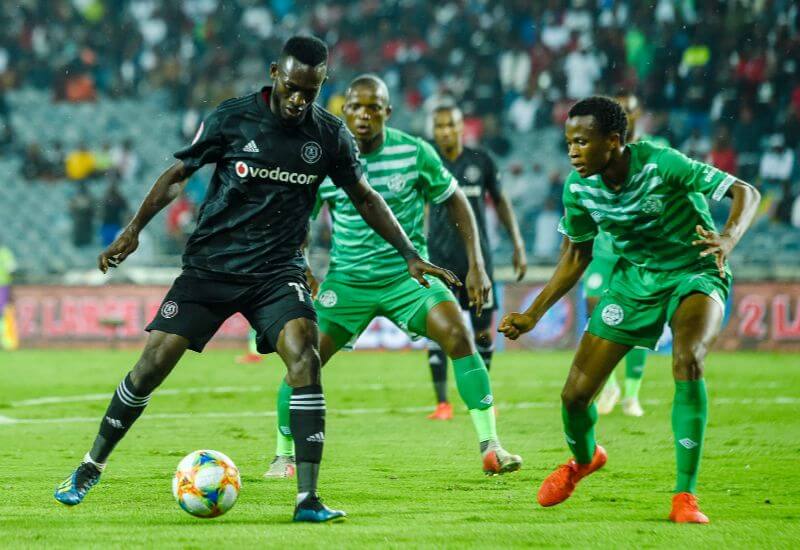 Orlando Pirates came from behind to salvage a 1-all draw with Bloemfontein Celtic in an Absa Premiership clash played at the Orlando Stadium on Tuesday night.

However, despite failing to grab maximum points it wasn’t all doom and gloom for the Buccaneers because with that point they now end the evening in first place after Cape Town City defeated log leaders Mamelodi Sundowns.

After a couple of half chances at either end in the early minutes, the game settled into a pattern which saw Pirates dominating possession and looking to break down Celtic’s disciplined and well-organised defence.

So disciplined were the visitors that it took 33 minutes for Pirates to fashion their first effort on goal with Vincent Pule cutting inside off the right flank and firing a long-range shot which was comfortably saved by Patrick Tignyemb.

Four minutes later Celtic were awarded a corner kick and they went 1-0 up much against the run of play with defender Tshepo Rikhotso stabbing home a shot from close range.

Phunya Sele Sele held a 1-0 lead at the break, while the hosts looked much livelier in the early minutes of the second half, with Shonga’s flicked header from Pule’s cross forcing a sharp save from Tignyemb.

The team in green and white should have doubled their advantage in the 53rd minute, with Lucky Baloyi somehow missing from close range when he was beautifully teed up by Menzi Masuku.

Pirates created a great chance to equalise in the 74th minute when Lorch burst through the defence, but he was denied at close range by Tignyemb, who managed to deflect the attacker’s effort onto the outside of his left-hand post.

The Soweto Giants didn’t have to wait much longer for their equaliser, with Justin Shonga opening space in the penalty area with some great footwork, which allowed substitute Luvuyo Memela to sweep home a low shot for 1-1 in the 80th minute.

Pirates laid siege on the Celtic goal in what remained of the game, but were unable to find another crack in the defence of the Bloemfontein team.