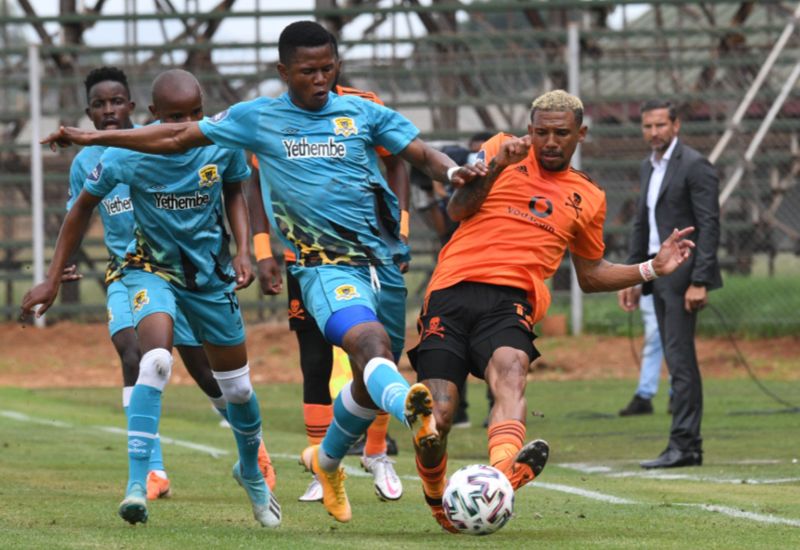 Orlando Pirates were stunned by a determined Black Leopards, who registered a 2-0 win at Thohoyandou Stadium in a DStv Premiership fixture on Sunday afternoon.

Looking to make it six points in Thohoyandou after a convincing win against Tshakhuma Tsha Madzivhandila in midweek, Coach Josef Zinnbauer made just one change to his starting XI. Defender Thulani Hlatshwayo returned from suspension, reclaiming the armband, with Paseka Mako taking up a spot on the bench.

However, a spirited first-half performance from the home side ensured an uphill climb for the visitors early on.

This was thanks to two first-half goals, with Bucs fullback Innocent Maela turning one into his own net to open the scoring for Lidoda Duvha in the 29th minute, before Roderick Kabwe finished off a brilliant counter to make it 2-0 ten minutes later.

The second half meant digging deep as the Buccaneers sought to avoid an embarrassing defeat.

Happy Jele, who had come on for Ntsikelelo Nyauza in the first half, was the first to shoot at goal in the second 45 as he made a brilliant run from his half. However, his shot ballooned over the bar.

Another sub, Terrence Dzvukamanja, got close to halving the deficit, leaping high to meet a cross from Gabadinho Mhango, but only succeeded in heading wide.

The Buccaneers' efforts to get back into the game were met by a determined performance from the hosts, who came into the game languishing at the bottom of the standings.

Time proved to not be in Pirates half, despite their best endeavours, with Lidoda Duvha emerging victorious in the end, while the Soweto Giants will have to pick themselves up again ahead of another busy week.