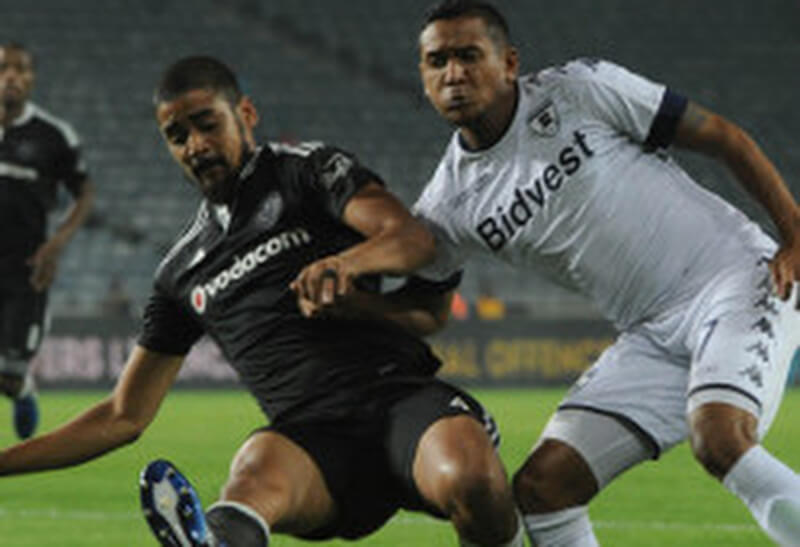 A first-half brace from Frank Mhango secured a 2-1 win for Bidvest Wits over Orlando Pirates in an Absa Premiership clash at the Orlando Stadium on Wednesday evening.

Victory moving the Clever Boys back to the top of the league standings. As for the Buccaneers, who ended the game with 10-men following Jackson Mabokgwane's sending off, they are now seven games without a win in South Africa's top division.

The hosts stated their intentions from the onset as they aimed to bounce back from a 6-0 drubbing at the weekend, with Oupa Manyisa forcing Darren Keet into an awkward save straight from the kick-off.

The Clever Boys, though, settled quickly on what was a very wet pitch with Mabokgwane forced into a superb double save; first to keep out Phakamani Mahlambi's stinging effort before doing well to deny James Keene from close range in the eighth minute.

Thembinkosi Lorch was a live wire down the left flank and after bursting into the box, the former Chippa United man forced Keet into a good save in the 22nd minute.

Mabokgwane was again called into action six minutes later - this time to deny Mahlambi, but the goalkeeper had no chance with 29 minutes on the clock as Mhango fired home.

The Malawi international making it look all too easy, skipping his way past Thabo Matlaba and Happy Jele before curling the ball into the top corner of the net.

Mhango completed his brace in first-half stoppage-time, nodding in from a Mahlambi corner-kick for his fifth goal in three games this year.The Clever Boys 2-0 up at the interval.

Back in the starting eleven, Jele showed his teammates where the goal is with the defender finding the back of the net for the first time in three years. Keet unable to keep hold of Dove Wome's header with Jele quickest to to pounce as he hammered home in the 61st minute.

Just as they looked to have fought their way back into the game, Pirates were dealt a massive blow in the 77th minute as Mabokgwane received his marching orders for a cynical foul. With Augusto Palacios having made all three of his substitutions, Jele was forced to take over in goal.

Mhango was duly denied a hat-trick by the defender-cum-goal-minder wit Jele pulling off a stunning close-range save. In the end, though, Bidvest Wits had done enough to secure all three points on the night.