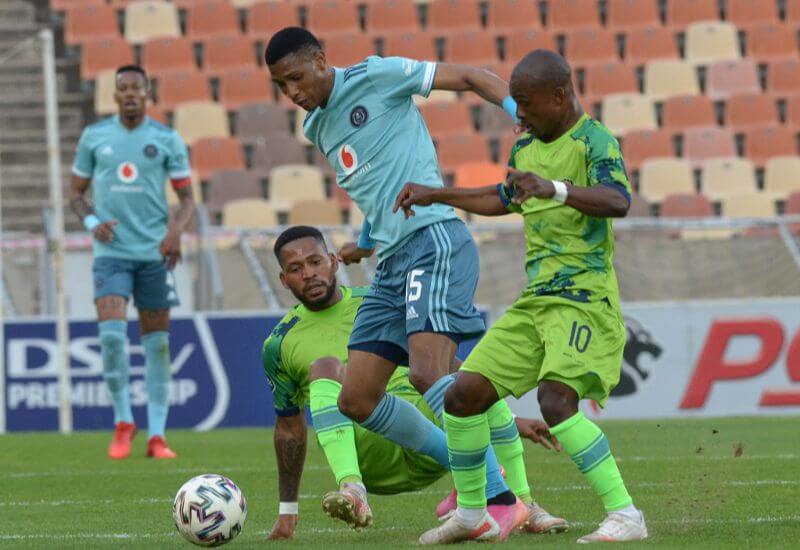 Orlando Pirates played to a goalless draw on their visit to Polokwane, where they met with Marumo Gallants at Peter Mokaba Stadium on Tuesday evening.

Fresh off a dramatic 2-2 draw at home to Stellenbosch, the Buccaneers were looking to inflict more pain on the hosts, who were reeling from a defeat in their season-opener.

The drama of the weekend was not to be matched in this particular midweek fixture, as the two sides spent a decent chunk of the first 45 minutes sizing each other up, with minimal chances in front of goal.

The best opportunity of the first half fell to Gabadinho Mhango, who ran behind the defence to meet an accurate long-ball from Goodman Mosele four minutes after kick-off, only to be denied by the outstretched Washington Arubi.

The visitors controlled the tempo as they enjoyed more possession, but the hosts' defence maintained its shape, depriving them of clear-cut chances.

There was more urgency from the Buccaneers in the second half, and some good interplay in the 58th minute set Nkanyiso Zungu up for what would have been a spectacular long-range strike, but the midfielder pushed his shot just inches wide of the target.

Five minutes after that, the Soweto Giants had a heart-in-mouth moment of their own when Celimpilo Ngema pounced on a loose ball after the defence failed to clear a corner, only for the Gallants man to shoot wide.

Deon Hotto had an opportunity to place Pirates in the lead with 13 minutes to go when he was played in by Kabelo Dlamini, but could not find a way past Arubi.

Both sides weren’t short on intent towards the end, but it was not to be as the Buccaneers grabbed their second point in as many matches, while the hosts broke their duck to claim their first of the campaign.