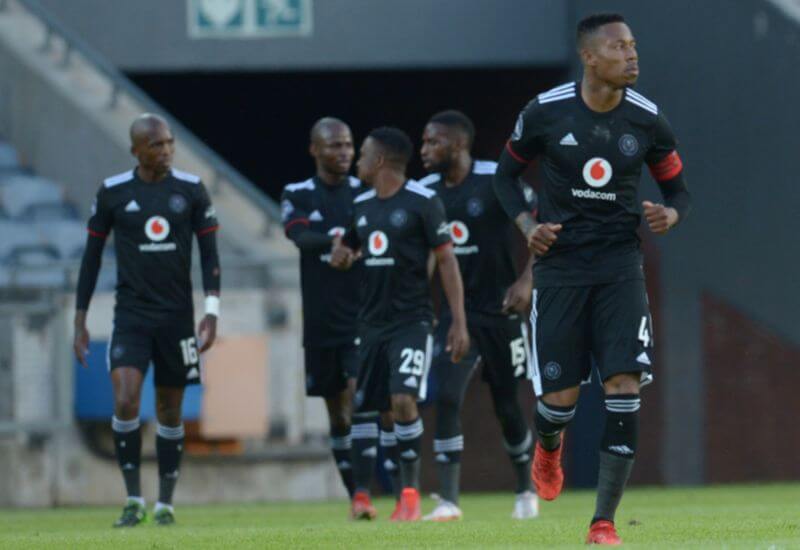 A lone strike from Captain Happy Jele was just enough to hand Orlando Pirates clear passage into the next round of the CAF Confederation Cup, as they edged Congo-Brazzaville outfit 1-0 at Orlando Stadium on Sunday.

In the second leg of the second preliminary round of the competition, it was a do-or-die encounter for both sides after they played to a goalless draw in the first leg in Brazzaville.

The Buccaneers did not look troubled in the opening 15 minutes, grabbing the initiative from early on.

The best opportunity in the early exchanges came through Linda Mntambo, who wriggled himself free of the defence in the 10th minute to unleash a shot, which was palmed out of play by the keeper.

The breakthrough came in the 17th minute, and it was provided by Jele, who rose the highest from a corner kick to slot one into the back of the net with a fine header.

The visiting team grew into the game midway through the first half, but without any notable headway into Buccaneers territory.

Pirates were able to wrestle back initiative towards the end of the first half, ensuring that the two teams head into the tunnel 1-0 in their favour.

The hosts sought to maintain their advantage in the second half, and that invited the West Africans into their half.

Mpontshane was forced into a few saves, but was mostly untroubled as the Pirates defence kept their shape for most of the game.

There were opportunities at the other end towards the end of the 90 minutes, with second-half substitute Deon Hotto denied in the dying moments.

In the end, the goal from the skipper proved enough with Pirates advancing past the second preliminary round of the competition for the second time in as many seasons.