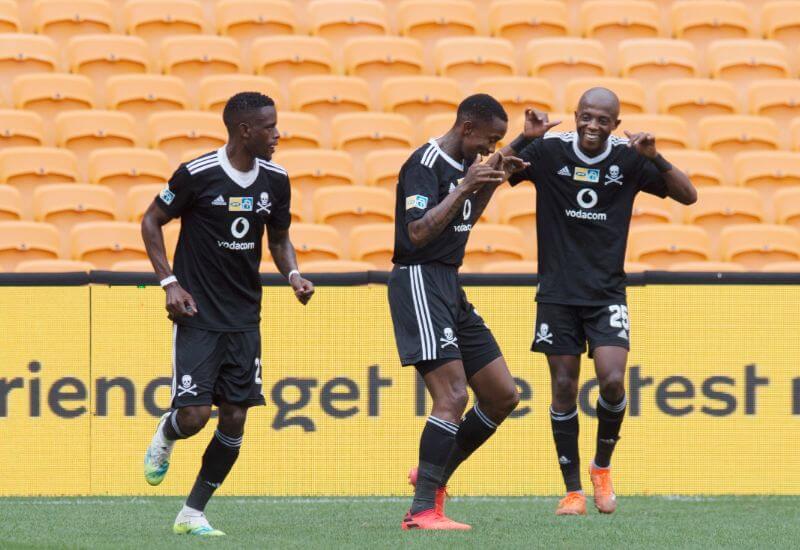 Orlando Pirates are through to the MTN8 final after beating Kaizer Chiefs 2-0 in the second leg of their tie at FNB Stadium on Sunday afternoon.

The Buccaneers went into the second leg of the tie with an advantage following an emphatic 3-0 victory at Orlando Stadium last week. They needed to prevent their rivals from overturning the deficit.

Part of what was required was achieved in the first half, where things ended goalless, but not without the visitors trying to extend their lead.

Several chances fell for both sides, with Deon Hotto, Vincent Pule and Fortune Makaringe getting the closest to finding the back of the net for Pirates.

The breakthrough came as the clock was approaching the hour-mark, with Makaringe finishing from close range to effectively make it 4-0.

This was after a heart-stopping moment in the Pirates half, with the post intervening. From the counter, Hotto made a superb run before forcing a save out of Daniel Akpeyi, but the rebound fell into the path of Makaringe, who tapped in for the opener.

Despite being well in the lead, the Buccaneers did not relent on attack, asking more questions of the Chiefs' defence, with Hotto and Lepasa both enjoying a good second half.

Just as was the case for the opener, the second goal of the contest came after an attack from Amakhosi, which ended in a counter at the other end, where Linda Mntambo finished calmly past Akpeyi to send his side five-goals clear in the tie.

It could have been 3-0 on the day, as Collins Makgaka - making his Bucs debut - played Wayde Jooste in from the left flank, but the defender's shot was not strong enough to trouble Akpeyi.

Another counter could have produced another goal for Mntambo, who spotted the keeper off his line but failed to curl his shot back.

However, with a 5-0 aggregate score they had done more than enough to book a spot in the final, where Bloemfontein Celtic await.