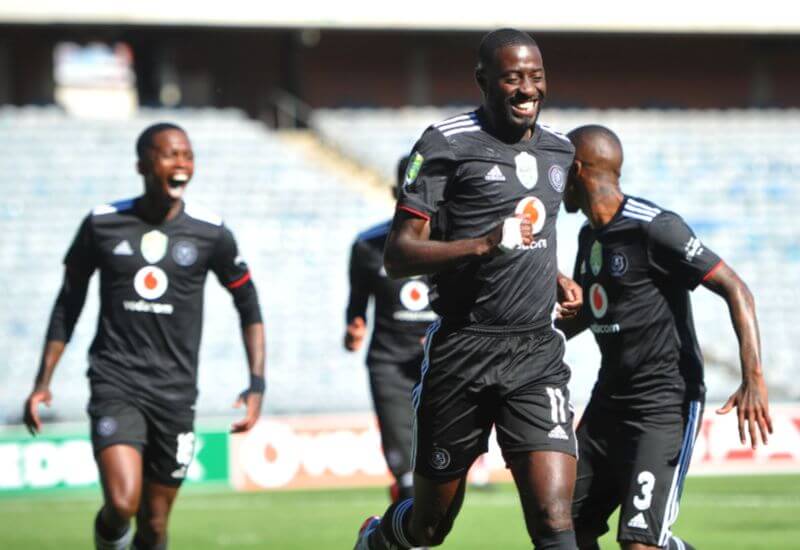 A single goal was enough to secure Orlando Pirates’ passage into the next round of the Nedbank Cup, as they beat AmaZulu 1-0 in their Round of 32 tie played at Orlando Stadium on Saturday.

It was the third competitive meeting between the two sides in the space of three months, with the hosts looking to secure a second consecutive victory over the KwaZulu-Natal based outfit, who they had overcome in the League in the last top-flight fixture of 2021.

Pirates’ first shot on target in the new year came through Kwame Peprah, who had netted a brace the last time these two sides met. The Ghanaian striker’s attempt this time, however, went straight to AmaZulu goalkeeper Veli Mothwa.

Goodman Mosele had an opportunity to put his side ahead ten minutes into the encounter, when he got on the end of a corner kick from Thembinkosi Lorch, but could not direct his header into the back of the net with Mothwa beaten.

Ntsako Makhubela was next to get into a goal-scoring position in the 17th minute, following a move started by Thabang Monare near the halfway line, where Lorch, Mosele and Deon Hotto all had touches before the Bucs midfielder miscued his shot straight into the keeper’s hands.

Much of the traffic in the opening half of the first 45 minutes continued to be directed towards the visiting team’s half, but AmaZulu grew into the game in the latter stages of the first half without troubling Bucs keeper Siyabonga Mpontshane.

The Pirates shot-stopper was however called upon early in the second half, diving low to his right to deny Luvuyo Memela.

The breakthrough would come in the 53rd minute through Hotto, who had started a move down the left before popping up in the middle to finish past Mothwa after a well-timed flick from Makhubela.

AmaZulu’s search for an equaliser met a sturdy back four from the hosts, but they managed to squeeze through a few shots at goal.

One of those came from Augustine Mulenga, who freed himself from the attention of Paseka Mako before drawing a save from Mpontshane.

At the other end, Zakhele Lepasa - brought on in the second half - sent a pin-point cross to Lorch, whose flick towards goal went straight to Mothwa.

The Bucs striker was then a key figure in a counter-attack four minutes from the end of regulation time, triggering a move which he attempted to finish off, but his shot was kept out by the Usuthu shot-stopper.

Resilient defence was required from the home side near the end, and they produced just that to hang on to their slim advantage, clinching an important victory to make it through to the next round.