Pirates Through to Quarterfinals 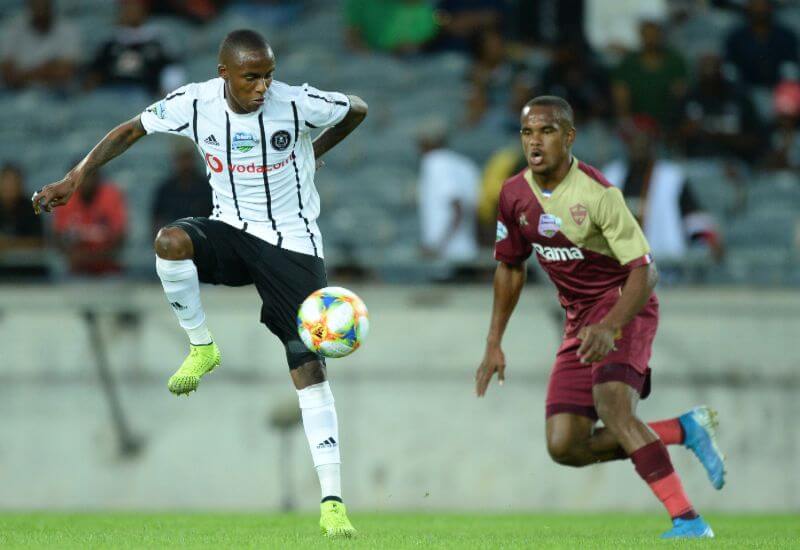 A late strike from Thembinkosi Lorch saw Orlando Pirates into the quarterfinals of the Telkom Knockout, as they beat Stellenbosch FC 1-0 at Orlando Stadium in their Last 16 clash.

The Buccaneers were dominant throughout the match, spending a considerable amount of time in the visitors half, with very little in the way of reward coming their way.

Fortune Makaringe had the first real chance for Pirates, as his header from a corner went agonisingly wide of goal just after the 10-minute mark.

That was followed a superb save from Lee Langeveldt, who denied a stinging effort from Augustine Mulenga, tipping it over the bar.

Linda Mtambo and Vincent Pule both had shots at goal, but couldn't find a way in as things remained goalless with a quarter of regulation time played.

An even better chance came through the Zambian international, who rattled the woodwork in the 26th minute.

Pule had another effort at goal on the half-hour mark, but his shot whistled past the far post with Langeveldt beaten.

Soon after, Mabasa could have had another goal to keep up his superb scoring form, the result from his shot was the same as the previous effort.

The second half carried on much in the same vein as the first, with the Stellenbosch defence refusing to give in to pressure applied by the Buccaneers.

It would take until six minutes from the final whistle for a breakthrough, when Lorch fired past Langeveldt to claim his first goal of the season.

That solitary goal would be all Pirates needed to progress through to the next round, as they seek to go one better in the competition after falling on the final hurdle last time around.