Pirates through to semis of Nedbank Cup 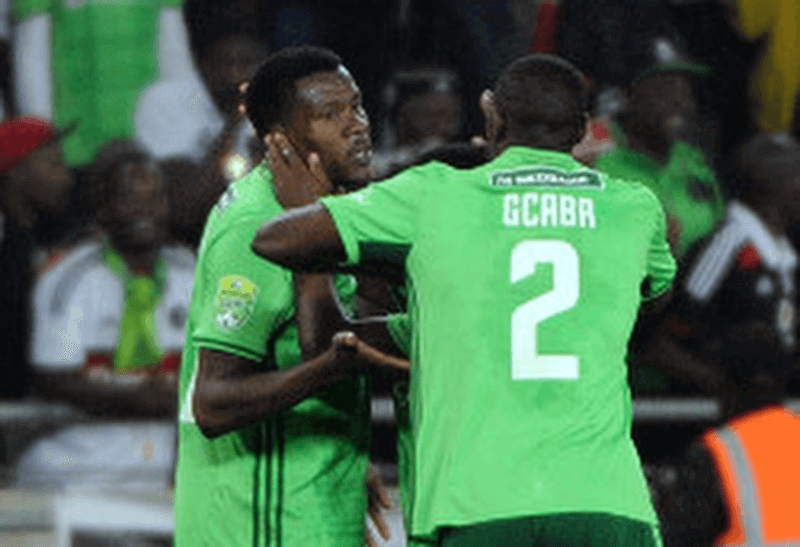 An extra time goal from Thamsanqa Gabuza gave Orlando Pirates passage into the semifinals of the Nedbank Cup to Chippa United, SuperSport United and Golden Arrows.

The Mighty Buccaneers registered a hard fought 2-1 victory over a stubborn Bloemfontein Celtic on Saturday evening.

The match started with the hosts dominating proceedings early on and almost took the lead in the 3rd minute through Mpho Makola when he latched on to a cross from Thabo Rakhale however he steered his header over the crossbar.

In the 18th minute, Celtic combined well in the middle of the park and midfielder Lantshene Phalane unleashed a powerful long range shot which went straight to goalkeeper, Siyabonga Mpontshane.

Just after the 25th minute, Musa Nyatama nearly caught Mpontshane off guard with a well struck curling shot, but it went inches wide off the left post.

Kjell Jonevret's men controlled the proceedings towards the end of the first half, but they failed to break through the visiting defence as they went into the tunnel deadlocked at 0-0.

Upon their return, Celtic dominated the Soweto giants in the first three minutes of the second stanza and Deon Hotto saw his well-drilled shot going over Mpontshane's cross bar.

Celtic were all over Pirates, but it was Mobara who broke the deadlock in the 54th minute when he received a great pass from Issa Sarr to beat keeper, Patrick Tignyemb with a powerful low shot.

Siwelele kept the Buccaneers on their toes with successive attacks, but Mpontshane read the danger and denied Lehlohonolo Seema's men on two occasions.

In the last 10 minutes, Thabo Rakhale broke free on the right flank to set up substitute Gabuza, but the burly striker sent his header straight to Tignyemb.

With three minutes remaining on the clock, Mahlasela pulled the visitors level when he beat defender Ayanda Gcaba and his shot was too strong for Mpontshane.

With the two sides deadlocked at 1-1 after regulation time, the encounter went to extra time.

Pirates continued to dominate the proceedings in extra time and Gabuza made it 2-1 in the 103rd minute to hand the hosts a deserved lead with a fine header from Rakhale's cross down the right.

The second half of extra time saw Mahlasela failing to keep his attempt on the ground with only Mpontshane to beat and it went wide.

In the dying minutes, either side could not produce any clear cut chances despite both sides fighting to dominate the contest.

In the wake of the win, the Buccaneers join SuperSport United, Chippa United and Golden Arrows in the semifinals.

Condolences to loss of life

Lorch On The Double

SAB: Still on the Hunt
Read More
Condolences to Ngwenya Family
Read More
Pirates Get Off The Mark
Read More