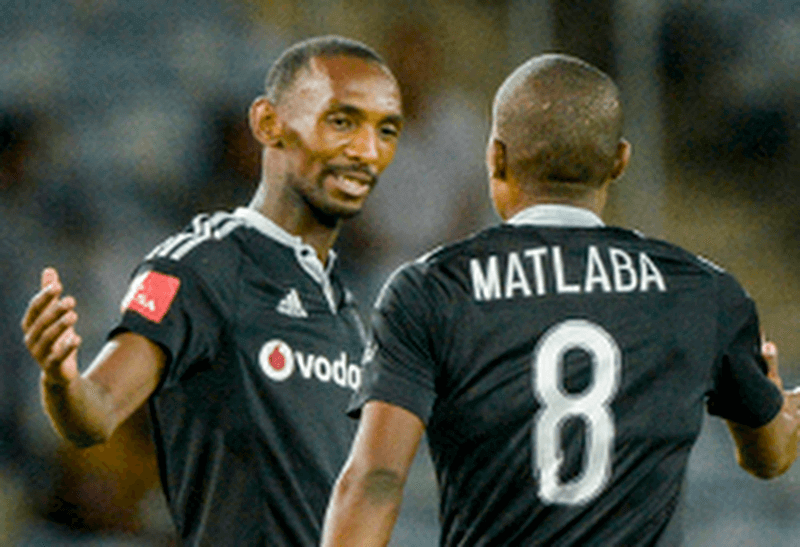 Orlando Pirates have moved into the top eight of the Absa Premiership after a 2-1 win over Chippa United at Orlando Stadium on Saturday night.

The Buccaneers’ victory - secured by goals from Thamsanqa Gabuza and Thabo Matlaba - sees them join Golden Arrows on 31 points but move ahead of the Durban side due to a superior goal difference.

The Chilli Boys, whose goal was scored by Paseka Mako, remain in 12th place - just two points above the relegation zone.

Chippa were dealt an early blow when they had to replace defender Pentjie Zulu due to injury inside the opening 10 minutes. They also forced Pirates' goalkeeper into a fine save through an effort from Andile Mbenyane shortly thereafter.

On 22 minutes it was Chippa ‘keeper Zama Dlamini’s turn to show off his ability as he got up sharply to tip over a long-range drive from Abbubaker Mobara.

Yet there was nothing Dlamini could do to prevent Thamsanqa Gabuza turning home Thabo Matlaba’s cross with a brilliant acrobatic volley in the 29th minute. The big striker’s first league goal of the season made it 1-0 to the Buccaneers.

The hosts dominated the rest of the first stanza, but on the stroke of halftime the Chilli Boys claimed an equaliser almost out of nowhere, putting together a fine passing move which ended with Paseka Mako sliding a shot through Mpontshane’s legs to make it 1-1 at the break.

Twenty minutes into the second half Pirates reclaimed the lead through Matlaba, who let fly with a long-range effort which wrong-footed Dlamini and found its way into the back of the net despite the ‘keeper getting a hand to it.

Chippa looked to get back into the game, but in the dying minutes their hopes were crippled when midfielder Thamsanqa Sangweni picked up his second yellow card and was sent for an early shower.