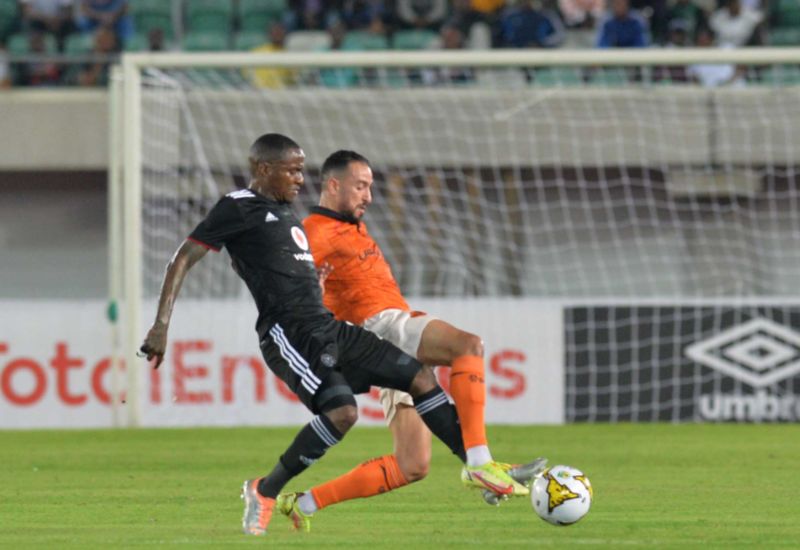 Orlando Pirates came short in the penalty shootout after playing to a one-all draw at the end of extra-time in their CAF Confederation Cup final fixture against Morocco’s RS Berkane at Godswill Akpabio Stadium in Uyo, Nigeria on Friday night.

It proved to be a third time unlucky for the Buccaneers in CAF finals after falling short in the 2013 Champions League as well as the Confed Cup two years later.

On their return to continental finals, it was not long before there was a notable chance at goal, with Deon Hotto shooting straight to Berkane keeper Hamza Hamiani after being played through the middle by Kabelo Dlamini.

A period of end-to-end football ensued as the Pirates goal area was threatened by a stinging shot by Elmehdi Oubilla soon after, but his effort was well wide of the target.

The Bucs defensive duo of Happy Jele and Olisa Ndah could have had some decisive touches halfway through the first 45 minutes, as the Soweto Giants set up camp in opposition quarters, with the skipper heading wide from a sharp cross from a Goodman Mosele cross. This was before his partner at the back was a split second late to the rebound after a spill from Hamiani.

It was not to be the end of Pirates’ opportunities at goal, as Thembinkosi Lorch fancies his chances from well out after spotting the keeper off his line in the 23rd minute, but failed to elevate his shot high enough to pose a notable threat.

However, it would take another 11 minutes before Pirates looked like scoring again, as Bandile Shandu took a snap shot from just inside the box, only to draw a superb save from Hamiani.

Just as Pirates started the first half, the second began with an opportunity missed by Hotto, who sent a shot from point-blank range straight into Hamiani’s grasp four minutes after the restart.

Much of the second period was characterised by Bucs attackers going toe-to-toe with the Moroccan shot-stopper, who denied Lorch, Shandu and Hotto, ensuring that the Soweto Giants would be scoreless at the end of 90 minutes.

Brought on at the start of extra-time, midfielder Thabang Monare had a far-from-ideal return to action as he was penalised for a foul inside the box, resulting in a spot-kick for the Orange Boys, which was converted by Youssef El-Fahli to make it 1-0.

The Buccaneers toiled for the equaliser, and it seemed to be evading them with the first period of extra-time concluding with the North Africans still in the lead.

Lorch’s persistence however paid off as he provided the equaliser by expertly guiding the ball into the net from right at the edge of the box into the far corner, effectively sending the game into a shootout.

The penalties were a dramatic affair, as Berkane did not err from the spot, while Jele, Mabasa, Monare and Ofori all converted their spot-kicks, with Lorch the only player to be denied.

This meant that the Moroccan outfit would prevail in the end, claiming their second Confed Cup title, while the Buccaneers were left to rue missed opportunities as they lost their second final in the competition in the space of a decade.