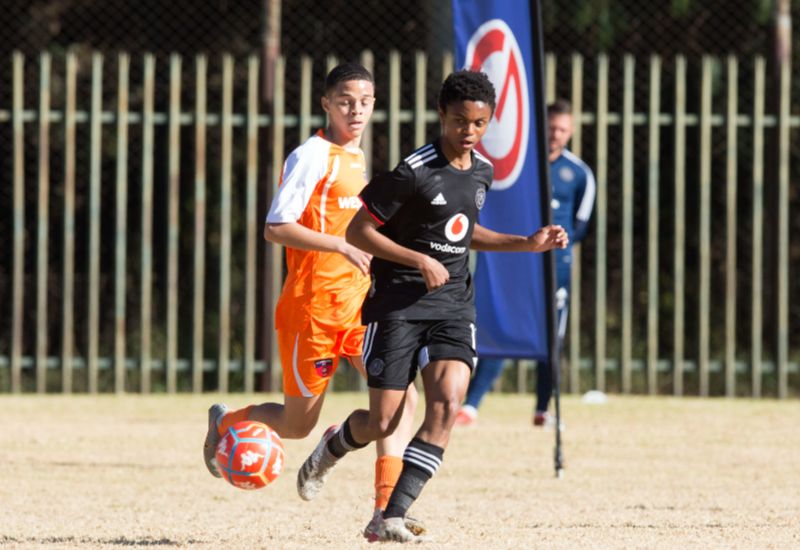 Orlando Pirates Under 19s have an uphill climb ahead of them after falling to a 1-0 defeat to the Panorama FC Under 19 side on the opening day of the Engen Cup at Marks Park Sports Club on Friday.

Drawn in Group C, the two sides were among the first to take to the field in the exciting tournament showcasing some of the next generation of South African football stars.

It was the Buccaneers who were quicker off the block, camping inside the opposition half for much of the opening 10 minutes. They however had little to show for their early dominance, with the team from Roodepoort holding firm.

The breakthrough came on the 11th minute, as Panorama made full use of their first real opportunity with an easy tap-in to make it 1-0.

The goal seemed to spur the men in orange further, as they grew ever more threatening as time progressed.

They could have had a second goal on the stroke of halftime, but the Bucs were spared some blushes as Samukele Kabini darted across the penalty area to make a vital stop with the defence fully stretched.

There was a bit more purpose to the Soweto Giants' approach in the second half, but they were still kept at bay by some steadfast defending.

Mohau Nkota drew a save off the keeper, before being denied by the crossbar in his attempt to find the top corner.

Pirates pushed further, with Tony Mbunga also getting close, but Panorama's unwavering defence proved to be their trump card as they left the Buccaneers needing to win their two remaining group fixtures to enhance their chances of playing in the knockouts.

The Bucs Juniors will be in action again later today, with their Group C game against JDR Stars Academy kicking off at 15:30.

Pirates U19 Bounce Back to Beat JDR Stars