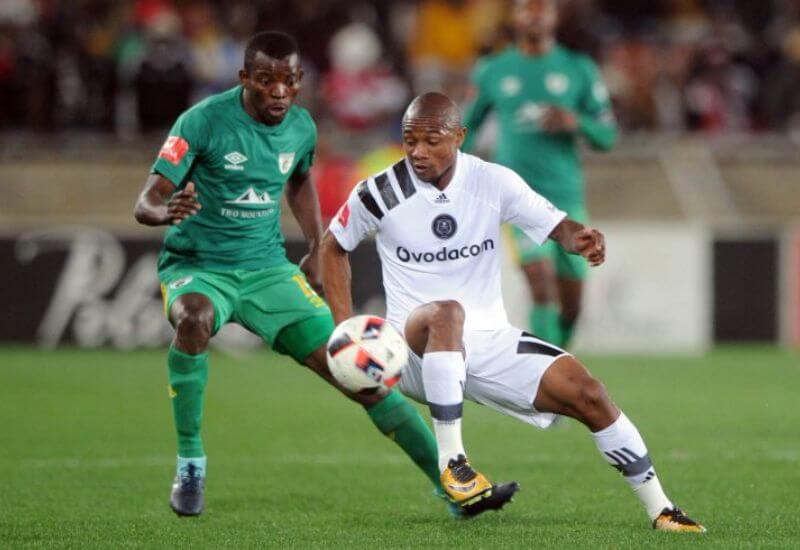 Orlando Pirates will be looking to start the year the best way possible when they play host to Baroka FC in their first league match of 2018.

The Buccaneers who have been blowing hot and cold last year, will hope that the inconsistencies that plagued the club will remain in 2017 as they look towards a new chapter starting with the match on Saturday against “Bagaga”.

In the first round of the current campaign, the match ended in a 1-all draw after Abdi Banda cancelled out Thabo Qalinge’s opener. Surprisingly, in all three previous matches between these two sides, no team has recorded a victory. All three matches have ended in the same 1-1 score line.

The Bucs technical team has received a timely boost ahead of this encounter with a number of key players returning from their respective injuries.

Defenders Innocent Maela and Mthokozisi Dube have made full recovery and will be in contention for selection for the upcoming league match. Both players were recently handed a run in a friendly match played over this past weekend.

Striker Lyle Foster has also made a return to the team after being given a break towards the end of last year so that he could focus on his studies. Foster, was also tested over the weekend against the Witbank based side.

Meanwhile, Qalinge and Thembinkosi Lorch look to be nearing full fitness as they continue to work under the watchful eyes of the strength and conditioning team.

While Pirates celebrate the return of some key players, Baroka FC say farewell to one of theirs as the club prepares to lose the services of the skilful Siphelele Ntshangase. Ntshangase is reportedly heading across to rivals in Naturena.

However, despite the looming exit of Ntshangase, Bagaga will be no pushover when they come to Orlando Stadium on Saturday. The likes of the talented Sipho Moeti and our very own Gift Motupa (who is currently on loan) will prove a handful for our defenders.

Baroka FC closed the chapter of 2017 in the best way possible with an emphatic 3-1 win over SuperSport United. With this victory, they ended a winless run which had stretched to six matches.

Of their last five league matches, Baroka FC have won once, lost twice and drawn twice. They have scored six and conceded eleven goals during that same period.

Pirates on the other hand have not fared any better. In fact, their last match of 2017 ended in a disappointing defeat at the hands of Free State Stars in a match where the side squandered many goal scoring opportunities.

Goal scoring has been Pirates’ Achilles heel this season. Of their last five matches, Pirates have only scored three goals and conceded the same number – winning once and drawing the rest.

January 2018 Ford Goal of the Month