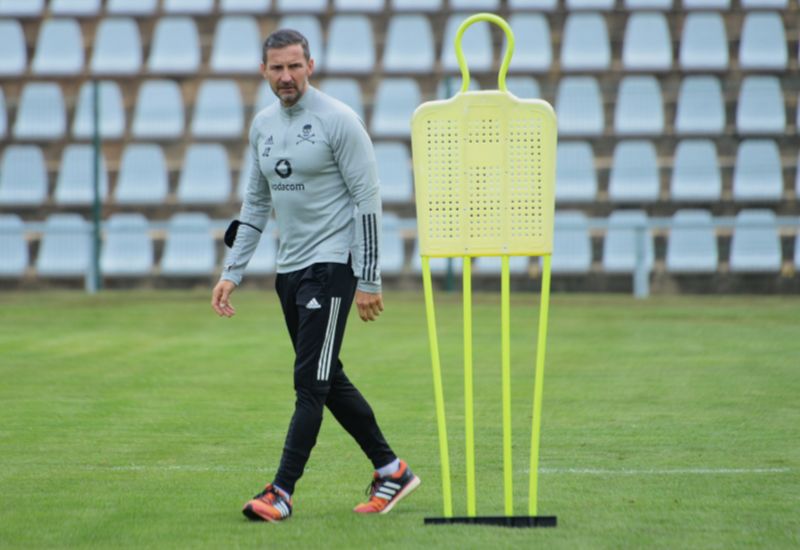 A tenth league meeting between Orlando Pirates and Cape Town City takes place at Orlando Stadium on Tuesday, just a couple of months after the two sides served up a thriller in the Mother City.

The reverse fixture, which ended with both sides locked at 2-2 was the latest in a string of tightly-fought affairs, in matches involving these two sides.

The first ever clash between the Buccaneers and the Citizens was a goalless draw, which turned out to be the last such result to date.

Since then, the two sides have shared the spoils a further five times, but with no less than four goals scored in each occasion.

The 2-2 scoreline - as witnessed in their last meeting - is the most common result in this fixture, occurring a total of four times in as many years.

Tonight’s venue, Orlando Stadium, was the scene of the highest-scoring game between Pirates and City - a 3-3 thriller back in September 2019.

Vincent Pule’s brace in the reverse fixture made the Bucs’ midfielder the joint top goal-scorer out of players still available in either squad.

His two goals in this fixture match those of City midfielder, Thabo Nodada, and the two players are each one away from equalling ex-Citizen Ayanda Patosi with three goals.

Others to find the net against City include defenders’ Happy Jele and Innocent Maela, who are currently at a goal apiece.

Despite the frantic nature of encounters between the two sides, only one player has been sent off in the previous nine meetings.

The man who saw red was ex-Buccaneer Mpho Makola, who was in City colours when he saw red when the two clubs locked horns inside the PSL bio-bubble in August last year.

Both sides will be hoping to once again finish with 11 men apiece when the game kicks off at 17:00 on Tuesday.