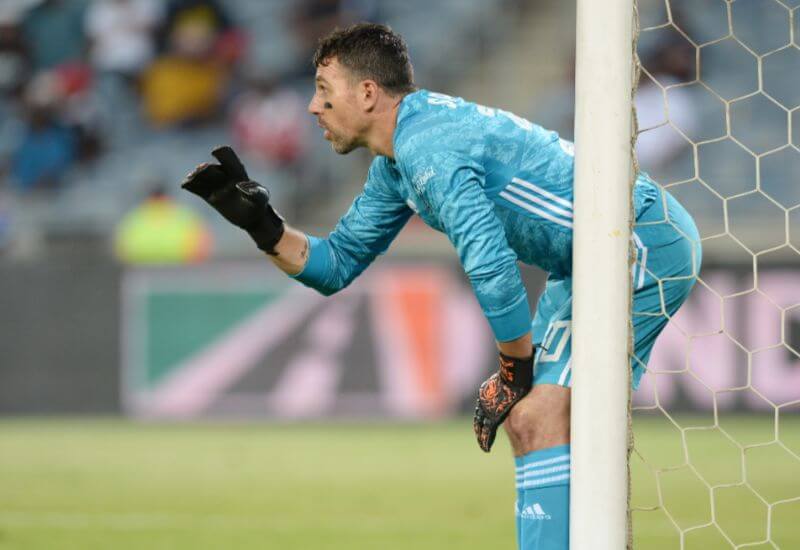 An injury-time own-goal handed Orlando Pirates a 1-0 league win over Black Leopards at Thohoyandou on Sunday.

A sell-out crowd turned up for the clash played in sweltering heat with the home side seeking a way out of the bottom half of the table, while the visitors were looking to capitalise on points dropped by the log leaders.

A goalless first half was not short of fireworks, with the two sides getting close to breaking the deadlock on a number of occasions.

The Buccaneers were the first to get an opportunity as Luvuyo Memela set up the dangerous Gabadinho Mhango, but the Malawian could not find his feet quickly enough to shoot at an empty net, and some scrambling defence was eventually on hand to block his effort.

Leopards, who took their time to grow into the match, caught the Pirates defence napping in the 30th minute, with former Bucs skipper Thabo Matlaba going one-on-one with Wayne Sandilands. However, ‘Festival’ could not compose himself well enough to hurt his former side, with his shot going over the bar.

There was another chance for the hosts later on in the half, which also fell to another ex-Buccaneer in Edwin Gyimah, who could only succeed in inducing an unreal save from Sandilands.

In the second half, Lidoda Duvha carried on from where they left off in the first 45, and could have been on the board as Matlaba set up Robert N’gambi, whose close-range shot was stopped by Sandilands with another brilliant save.

There was another threat from the other flank, where Lesedi Kapinga found Mwape Musonda, but the Zambian striker could not control the ball, which bobbled over the crossbar.

Pirates had a good passage of play on the hour mark, but none of the passes inside the box could find the target, and the move ended when Memela tried a curling shot from well outside the box.

Vincent Pule was the next to try his luck from a tight angle after a brilliant run from the left flank, but his stinging shot was kept out for a corner.

The resulting set-piece saw a scramble inside the Leopards box, as Lorch headed goalward, only for his effort to be stopped by Rotshidzwa Muleka, but there was to be no breakthrough despite the visiting team’s eagerness to pull ahead.

With the match seemingly heading for a draw, the deadline was eventually broken by Pirates, who needed a little help from the opposition in edging ahead.

Pule’s cross - intended for Lepasa in the box - was deflected into the Leopards net by Thabiso Mokoena, effectively handing the Buccaneers the victory in the last two minutes.

Mobara back to full fitness