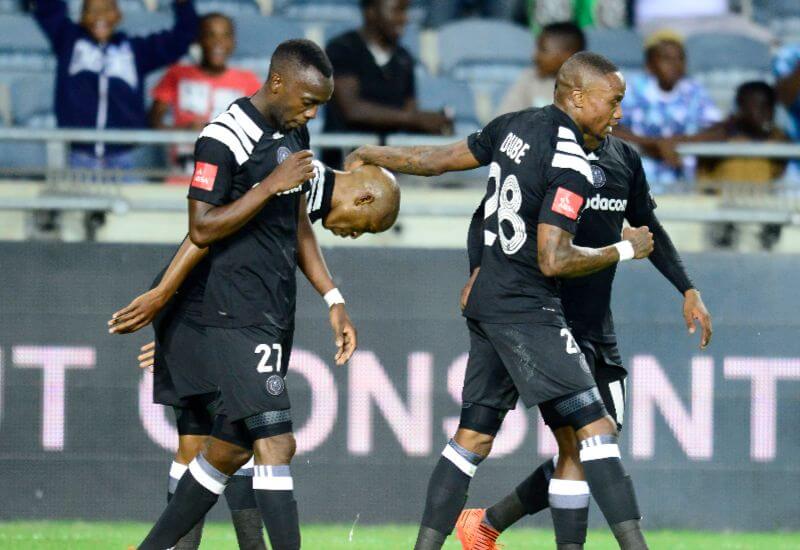 2018 kicked off on a winning note for Orlando Pirates as they defeated Baroka FC 3-1 in an Absa Premiership clash played at the Orlando Stadium on Saturday evening.

A first half goal blitz saw the Buccaneers storm to a 3-0 lead courtesy of a goal from Musa Nyatama and a brace by Luvuyo Memela. The visitors pulled one back from the penalty spot.

Pirates started the match like a house on fire as they took the game to Baroka from kick off. The hosts were 1-0 up as early as the 6th minute as Nyatama was left unmarked in the box to head in a cross from Memela.

Defender Innocent Maela almost made it 2-0 moments later in similar fashion from yet another Memela delivery, however Maela was unlucky not to find the back of the net as his header hit the upright with the keeper well beaten.

The Ghost would not have to wait much longer for a second goal as Memela made it 2-0 in the 19th minute with a simple tap in following good work on the right by Mthokozisi Dube. The Buccaneers continued to run rings around their opponents and it was 3-0 nine minutes later after Memela latched onto a loose ball in the box following a neat interchange of passing with captain Thabo Matlaba, to slot his shot into the top left hand corner.

Bakgaga pulled one back much against the run of play after defender Gladwin Shitolo had been adjudged to have fouled a Baroka player in the box. Mduduzi Mdantsane stepped up and sent Jackson Mabokgwane the opposite direction with a calmly taken penalty.

The teams went into the break with Pirates leading 3-1

If the first half was the Pirates Show, the second proved to be more a half for the visitors as Baroka took the game to the hosts.

Unlike in the first half where they sat back and allowed Pirates to play, Baroka opted for a more aggressive attacking game which made them more dangerous. However, the first clear cut chance of the half would go Pirates' way as Nyatama almost scored an identical goal as in the first when – once again he was left unmarked in the box, to head towards goal. Fortunately this time for Baroka, the keeper was well positioned to make a save.

The legs seemed to get heavy for the home team as the game went on and this saw Baroka gain confidence as they searched for that elusive second goal.

Baroka had the ball in the back of the net midway through the second half only for the goal to be denied for offside.

There would be no further goals at either end of the field as Pirates ran out 3-1 winners.