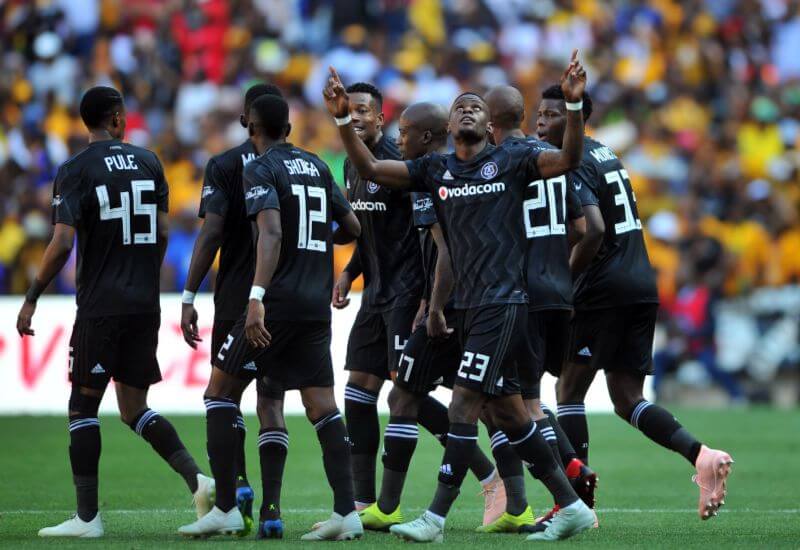 It was a weekend for the black and white and Orlando Pirates have earned bragging rights ahead of the festive break following their 2-1 win over rivals Kaizer Chiefs in an Absa Premiership clash played at the FNB Stadium on Saturday.

With this victory, the Mighty Buccaneers don’t only close the gap between themselves and log leaders Bidvest Wits to one point, but they also stretch their unbeaten run against Amakhosi to ten.

Pirates came into this game looking to end a run of two matches without a win. This afternoon was also imperative in order to keep up with early pacesetters Bidvest Wits.

Chiefs on the other hand were desperate to bounce back from their surprise 1-0 defeat at the hands of Polokwane City.

The first clear cut chance of the game came in the 13th minute after Bernard Parker played a clever long ball for Billiat but keeper Siyabonga Mphontshaneraced off his line to head the danger clear.

However, the 32 year old would go from hero to villain within a space of two minutes later when he fluffed a routine cross which allowed Chiefs’ marksman to score the easiest of goals.

Not to be outdone by their rivals, Pirates swiftly changed gear and started taking the game to the visitors.

The game should have been 1-1 in the 26th minute after Pirates was awarded a penalty after Augustine Mulenga was brought down in the box. His countryman Justin Shonga stepped up but he was denied by Bafana Bafana keeper Itumeleng Khune.

The home side finally leveled matters two minutes later – this time Shonga, providing the perfect cross from a corner to Innocent Maela to head past the hapless Khune.

Shonga redeemed himself once more to set up the second goal in the 32nd minute. The Zambian played a lovely through ball for Mulenga and his country man served a pass on a plate for Vincent Pule to slot in Bucs’ second within six minutes.

The Buccaneers went into the break leading 2-1.

The visitors must be commended for their efforts in the second half as they gave a good account of themselves in search of the equaliser but the resilient Buccaneers led by the ever-green captain Happy Jele ensured that the Glamour Boys walk away from the game empty handed.

The drama-filled encounter had everyone sitting on the edge of their seats for most parts of the game but after all was said and done it was the Happy People who left the stadium with big smiles on their faces.