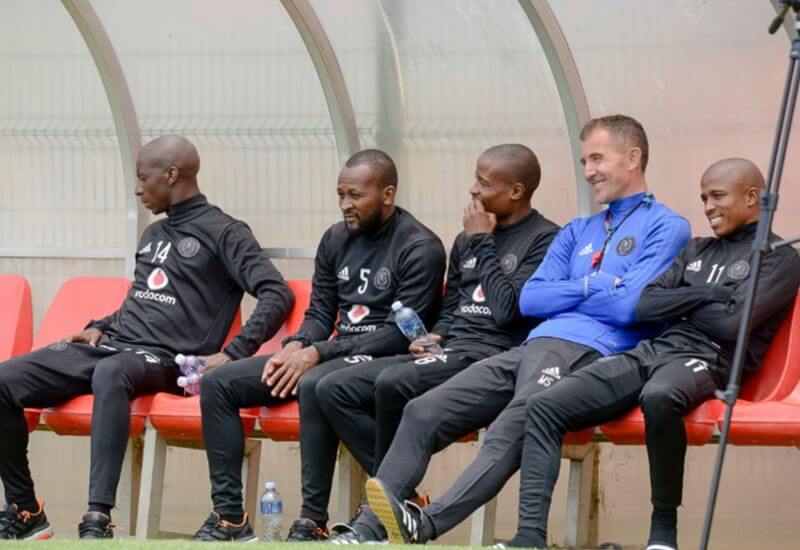 This weekend sees Orlando Pirates return to a setting that was the catalyst to their 2018 season’s aspirations, Rustenburg. The second-coming of head coach Micho Sredojevic was ushered in at the Royal Mafokeng Sports Complex where the Buccaneers held their pre-season camp following a disappointing 2016/17 season.

Fast forward five months, and the now resurgent Bucs are sitting seven points from the top of the table and return to the North West Province to take on former coach Roger De Sa.

Sredejovic and his men are undefeated in 2018 and aim to keep it that way when they take on the beleaguered Platinum Stars who languish at the foot of the Absa Premiership table.

Dikwena may have only managed to register three wins so far this season however, the men from Phokeng seem to always have an extra gear whenever they play Pirates.

From the days of Silver Stars with players such as Sailor Tshabalala and Surprise Moriri to more recently featuring the ever-green Robert N’gambi – matches against Dikwena have never been forgone conclusions. The previous eight league encounters have produced six draws. In fact, the last time any team registered a win was back in 2016 (2 May); a 2-1 win for Stars. The last Pirates win over Dikwena was a 2-0 win in 2015 (14 February).

Orlando Pirates have a win rate of 28% with two wins out of the seven matches played so far this season. The Buccaneers have scored eight goals and conceded six goals in the process.

Meanwhile, Stars have played eight home matches this season and have struggled to fortify Royal Bafokeng Stadium with Dikwena only able to muster one win against Ajax Cape Town. Alarmingly, Roger De Sar’s men have only scored one goal at home this season and have conceded six times.

Sredejovic will be looking to maintain his positive record against Stars. The Serbian has faced Stars twice in his career. The first coming in 2006 during his first stint at the Buccaneers; a 2-0 win over Dikwena (then Silver Stars) with goals from Fikru Tefera and Paulus Masehe.

The second match under the control of the 48-year old was played earlier this season, with the match ending in a 1-all draw with Sibusiso Ntuli cancelling out Thabo Matlaba’s opening strike.