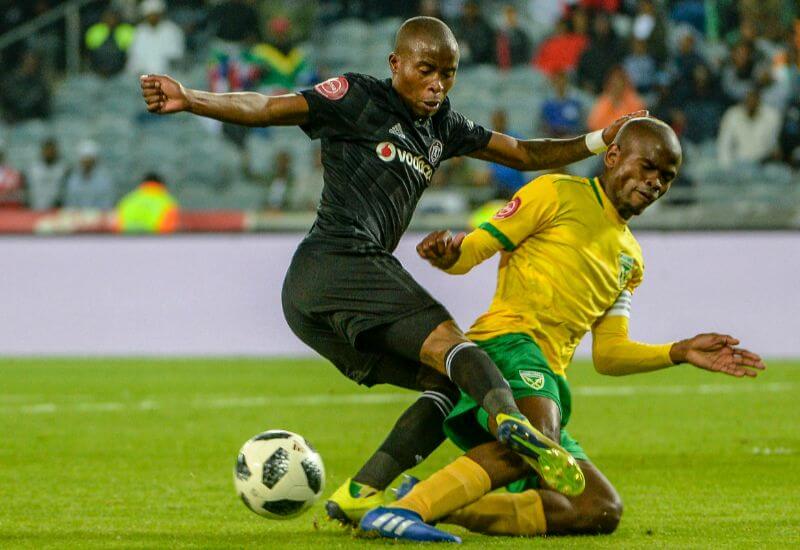 It was a blunt performance from the Buccaneers in the opening half as they struggled to break down a well-organised defence.

Pirates had 70 percent of possession in the first half but managed no shots on goal – largely due to their poor decision making and bad passing in the final third.

In fact, the first significant shot on goal went the way of Arrows in the 15th minute when Danny Phiri found himself in space 16-yards out, but his shot went centimetres wide of the goal.

The Buccaneers had very few chances on goal with their most noteworthy effort coming in the 25th minute when Happy Jele met a corner-kick with a stinging right-foot volley, but his attempt went wide from eight-yards out.

Arrows seemed content to sit back in defence, soak-up the pressure and hit on the counter attack but they were never really a threat in attack in the opening 45 minutes.

The first decent chance of the second half fell to Arrows when Sibusiso Sibeko met a cross into the box, but his ten-yard header was magnificently saved by the Buccaneers keeper.

Pirates were gifted a golden chance to open the scoring in the 76th minute when a mistimed clearance from the Arrows keeper fell to Vincent Pule, but he failed to beat Gumede in a one-on-one largely thanks to a last-ditch tackle from Divine Lunga.

The Buccaneers continued to push forward and almost stole the victory in the 92nd minute when Pule fired a 30-yard free-kick goalwards, but his effort shaved the top side of the crossbar.