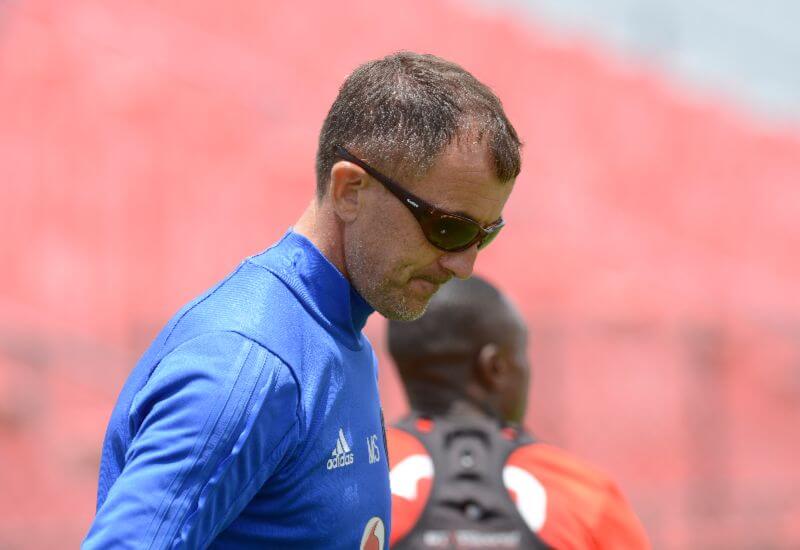 Orlando Pirates will play host to Free State Stars at the Orlando Stadium on Saturday afternoon.

The 2017/18 Absa Premiership has but one game left to play and for some teams in the league this match will mean the difference between top 8 football, while for others it will be a case of fighting off the dreaded drop. For the Buccaneers and visitors Ea Lla Koto however, this match will be more of a formality than anything else.

Micho Sredojevic and his brains trust have secured second place and cannot be caught while Luc Eymael has worked miracles with Stars, taking them from relegation contenders at the start of the season to a top eight finish for the first time since 2012/13 season.

Despite their hot form in the Nedbank Cup competition which saw them reach the final after an impressive 2-0 win over Kaizer Chiefs, Stars' league form has been less inspiring of late.

The Free State based outfit is winless in the league in their last five outings where they’ve only managed to lose twice and draw three times in the process.

In fact, it’s been a while since Stars have tasted victory in the league with their last “W” coming on the 3rd March 2018 courtesy of a 2-1 win over the now relegated Platinum Stars.

The hosts on the other hand, come into this clash wounded following their disappointing defeat to Cape Town City. The defeat ensured that Mamelodi Sundowns secured their 8th league title in the PSL era.

Pirates have won three of their last five league matches – losing once and drawing once in the process.

What has been particularly encouraging for the Buccaneers recently has been their regularity in front of goal, netting eight times and only conceding three times.

The game of football is played within the four white lines of the field and every game presents new challenges and opportunities. However, the history books also provide context whenever matches of this nature come about.

Despite their poor current form in the league, nobody would fault Free State Stars’ players to come into this match with some level of confidence. This is simply because of the last time these two sides met, it was Ea Lla Koto who came out tops with a 2-1 home victory.

The win was Stars' second over Bucs in three consecutive matches. However, the history books do also show that despite Pirates losing two of their previous three league clashes against Stars, it has been the Black and White outfit that has enjoyed the better results between the two.

Of the last 24 matches, Pirates have won 12 and Stars only four times, with the rest of the games ending in draws. Another interesting statistic to point out is that of those four wins for Stars, all have been home matches. In the last 10 home matches for Pirates against Stars, the Buccaneers have won eight times.

Both benches have selection headaches coming into this match, albeit for very different reasons. For the Mighty Buccaneers, the team currently resembles a casualty ward with up to five key players out due to injury, with the most recent addition to the injury list being Luvuyo Memela.

As for Stars, their coach will have one eye on the Nedbank Cup Final against Maritzburg United. This scenario could see a number of changes to the line-up, with the introduction of some young players, while the fringe players also get the nod.