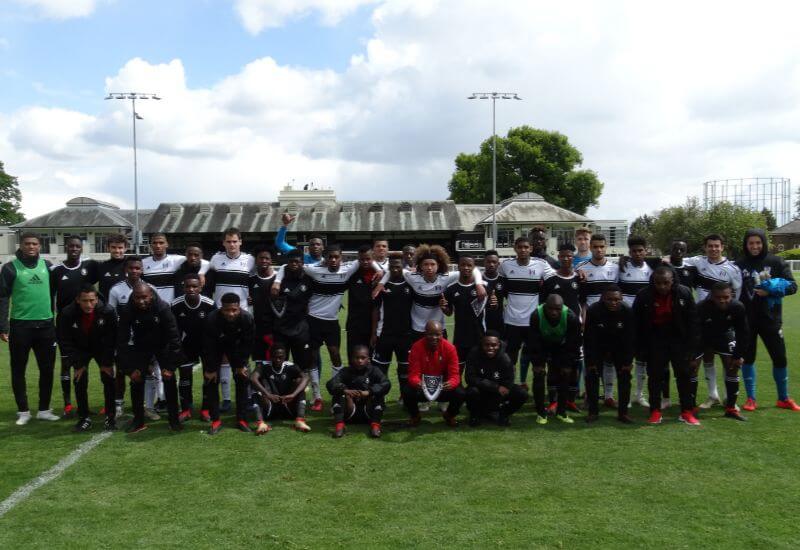 Motspur Park in New Malden was the setting for the third fixture in the Project X calendar. Fulham Football Club played host as the two sides locked horns in the 11H15 kickoff on Saturday morning.

It was more of the same from the perspective of physicality but the PJX were better conditioned to deal with it following their 2-all draw with Queens Park Rangers less than 24 hours prior.

Fulham showed early intent as they looked to dominate possession and dictate terms on home soil. The visitors, sporting a changed line-up, maintained their shape throughout the opening exchanges of the half and looked to be getting into some sort of rhythm, before Fulham pounced on a forced error to open the scoring in the 25th minute.

The visitors had it all to do as they held back the Fulham attack and the rearguard action sparked a change from the bench fairly early with the introduction of Katlego Cwinyane. The attacker, who has been in sparkling form upfront, immediately began to threaten as he pinned The Cottagers into their own defensive third with his penetrating runs and forceful movements.

He would be rewarded in the 42nd minute when he got onto the end of a poorly executed backpass, speeding between the defender and keeper before poking home on the stroke of half time.

It was 1-1 going into the break, with the visitors looking to assert themselves on the game.

The second half saw a much-changed output by PJX, as they started to enjoy more possession in the final third. Fulham held firm with their centre back pairing keeping things tidy in front of goal. Project X would in turn play themselves into trouble on a few occasions but managed to hold out, with Sibusiso Ngwenya make some important saves.

It would take until the 84th minute for the stalemate to be broken as Fulham capitalized on yet another error by The Tourists, and Ngwenya was once again isolated in defence for the shot that nestled into the back of the net.

The Fulham result marks the third loss in 14 games for Project X, with two games left to play.